Things are happening quite fast on the extension for the next couple of weeks, so here's a report of the activities over the last three days.

Wednesday:
The Wednesday gang were busy at Buckland, determining the location of the northern CWR anchor point, clipping up track laid and even laying the track to a point just over the Worcestershire border. 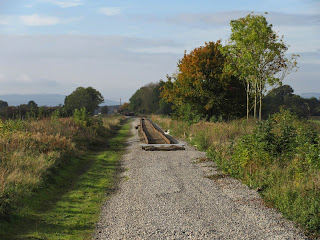 The latest position of the rail head can be seen in this picture... 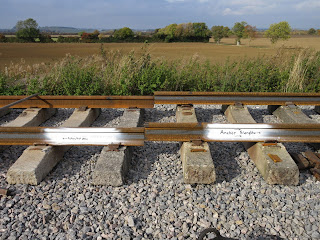 ...and in this one you can see some of the marking out for the anchor point, which is 5 panels long.

The welders will be back next week to do another 20 joints, such as this one.

More track will be laid beyond it, as we need some storage space for the supply train. That stretch will then be the jumping off point for the next big push forward, beyond Peasebrook Farm bridge.

Thursday:
A small gang returned to tidy up ('tweak') the second half of the curve past Little Buckland bridge. 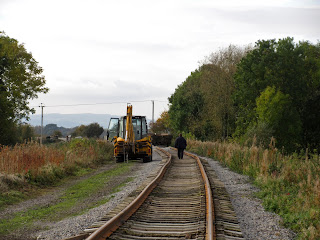 Here is the 'threepenny bit' curve at the start of the day. It has a 'ding' in it (specialist PW term) but is the 'ding' wrong or is it the straight? Steve walks the site and places various strategic pebbles on the rail. 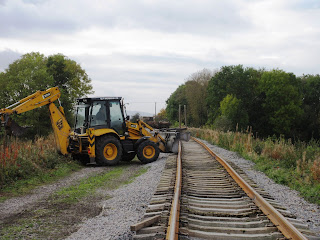 As the track is already partially ballasted here, larger means such as the front bucket of the JCB are used to shift the track a few inches at a time. This works really well, compared to the Duff jacks used a few years back. 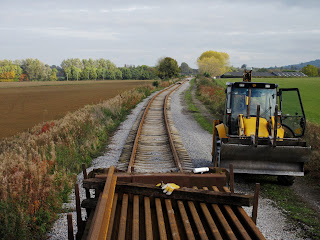 At the end of the morning the curve looks much better (the tamper will give it the final polish, these adjustments only being made to facilitate and speed up its task) and we award ourselves a cup of coffee.

The curve also has to be in a good place as ballast is due here on Friday, ready for the tamper to pass during next week. It's a tightly choreographed timetable, with sometimes barely a day between steps, yet it's almost all volunteer led. 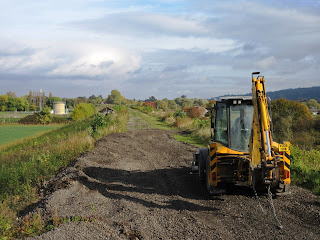 Happy with the curve and that it is ready for the ballast drop, Steve moved on to the stretch beyond Peasebrook Farm bridge to start grading the next stretch of 'virgin' trackbed. It will take us to Childswickham Road bridge.


This is a fill in job between track laying and drainage work, but it's the start of the next push and it has already had two sessions of work on it at the time of writing. Soon we will be laying the first ballast bed along here, from a new base at Broadway.


Friday:
Bright and early Steve was down at Stanton to spend just under 3 hours loading up the ballast train again, which was standing next to another large arrival of fresh stone from the Forest of Dean. 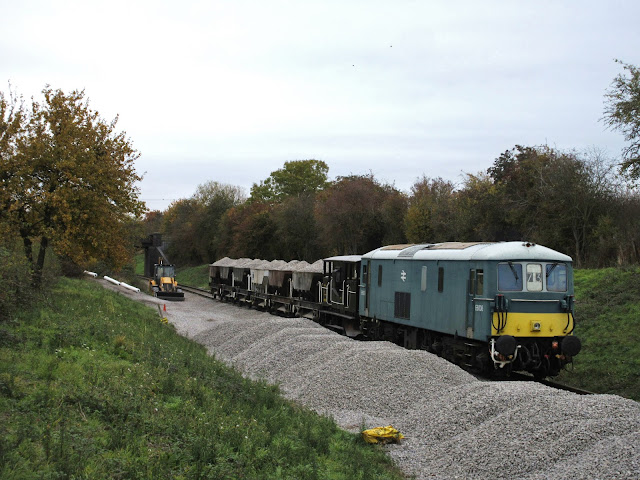 The lorries come at irregular intervals, but have an early, pre-dawn tendency. It looks here as if they came even as Steve was busy loading the Dogfish, as there is lots still to load. Neil has brought the Class 73 up from Toddington, and we are ready to propel out to the extension. 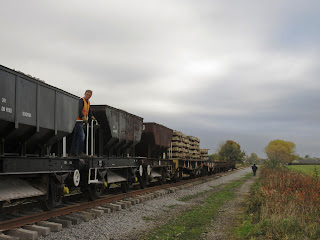 The supply train is once again in the way, but how far can we push it up the newly laid track? Careful checks are made to ensure that the train does not get pushed too far, that all wagons can discharge, that there is nothing in the way of the plough, the hopper doors are cracked open to respond immediately on command, and that all the fishplates and clips are there. 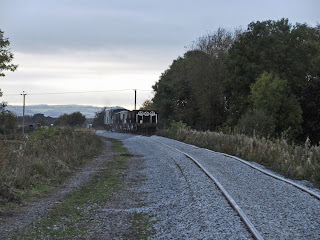 Job done (it doesn't take long), the ballast train slowly retreats, drawing the plough, now reversed, along behind it to reveal the spleeper tops to be visible to the tamper crew.

We have now ballasted right round the curve, and started on the straight towards Peasebrook farm.. 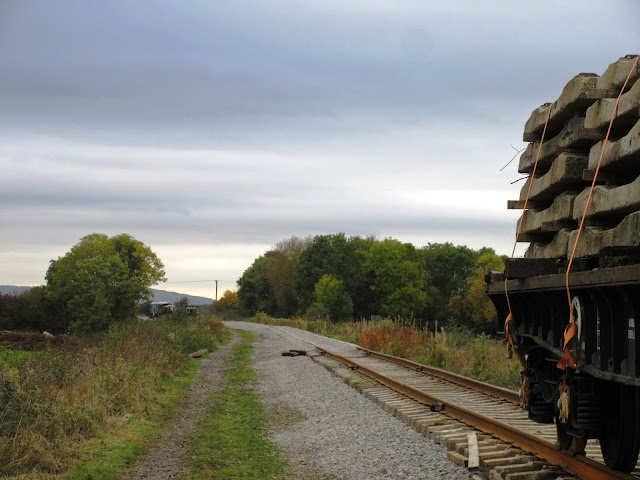 This shot shows the extent of the ballasting at the end of the job today. The supply train is standing on the fly fished section, which will be welded next Wednesday. In the distance the hopper train retreats back to Stanton for a further afternoon's loading.