A quickie today - four of us met at Peasebrook farm to start ballasting the next 1000m section of CWR. 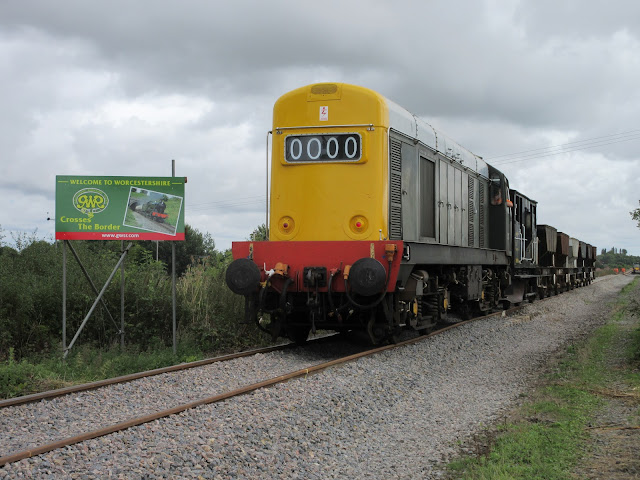 The Dogfish were already filled in a previous session, so all we needed was a loco and the Shark.
There was a bit of a delay before this turned up, and the reason then became clear as, unusually, the train was propelled by a class 20, instead of the ED. The latter was not well this morning, we heard.

Here the train is slowly reversing into Worcestershire. We are the GWSR, after all. 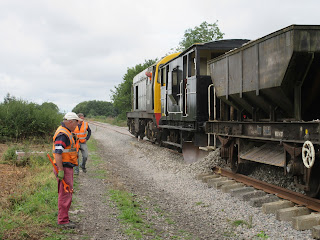 We opened all the centre doors, and Neil then propelled the train further into Worcestershire, up the extension.

Not much to do for us while this happens - the hard work is in opening the very stiff doors. John is holding a special orange coloured implement, specially made to give the operator more leverage when turning the wheels. 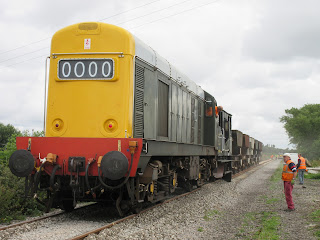 Under a large cloud of dust the train slowly passes over bridge 4 at Peasebrook Farm.

It is soon empty again, but for this we have positioned a 360 and operator Adam at Stanton for a second load. 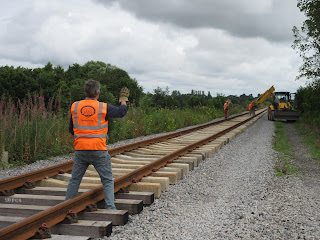 While the train is away being filled again, we spend the time usefully in 'tweaking' the track. This saves time for the tamper later. Better now, than when all the ballast is in between the sleepers. 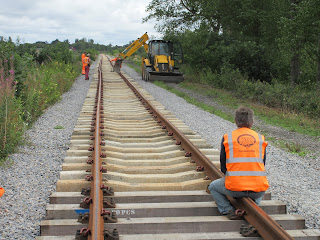 It takes an experienced eye, and good coordination with the JCB driver to do this. Even so Stevie would get out from time to time to check how it was going. It's always ' You're doin' well, it's foin'. Well, we are a Gloucestershire gang. 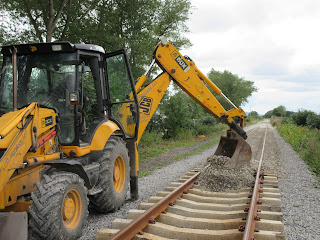 At this point we had to stop using the Shark, as it's going to be the next pulling point here, so it needs to be clear. Stevie sorted it out 'manually'. This being the central pulling point, we've ballasted 500m here, half way then. 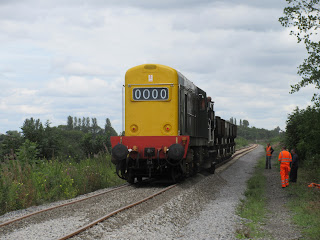 Neil came back 90 mins later with the Dogfish refilled, and we pushed further north. A third trip, with the rest of the ballast remaining at Laverton completed the day's drop, about 600m in all. We need another day's ballasting like this one to complete the job up to the next pulling point. 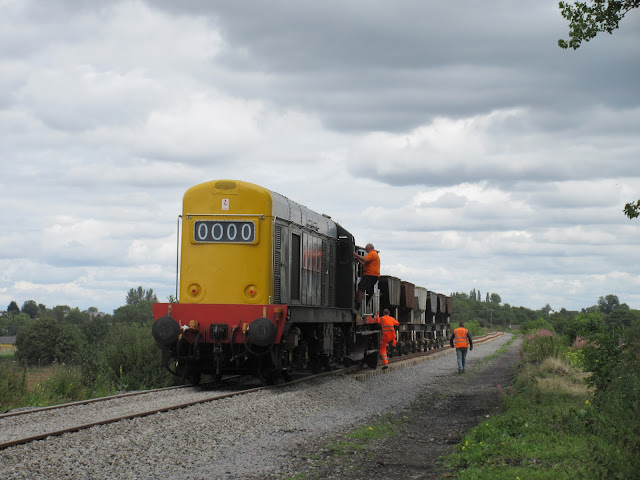 This is as far as we got today. We're past Peasebrook Farm, over bridge 4, but not yet up at bridge 3, Pry Lane.
Neil climbs back into the whistling class 20 and burbles off back to Toddington.

A last look over what we did then: 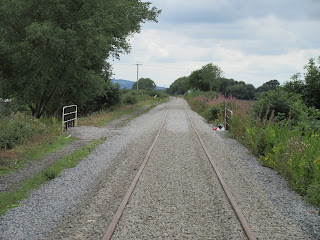 Lots of new ballast from the Forest of Dean. The current limit of operation is at the start of the curve in the distance.


On the way home, while closing the gates at the Broadway access, we met one of the Broadway volunteers with an interesting item, just secured at auction: 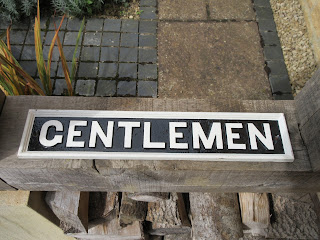 This pre-grouping GENTLEMEN door plate is one of the last missing pieces in our search for doorplates for Broadway. A replica will now be cast off it, and the original kept in store.