Along the last mile

After a day's work at Broadway, there was a window for a quick walk down the trackbed to Peasebrook Farm bridge today. This was prompted by the sight, from the end of Broadway platform, of headlights in the distance. What could that be?

It turned out to be the Saturday clarance gang, so here are some pictures taken along the walk. 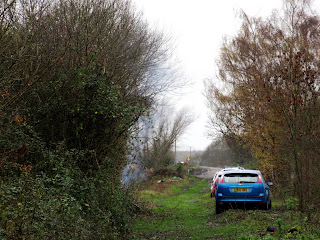 This pictures shows the uncleared part of the Broadway extension, with the newly ballasted trackbed in the distance, and clearance gang member's cars parked topside. The smoke emanates from a new section just started by the gang.

You can just make out the JCB near Little Buckland bridge in the far distance. 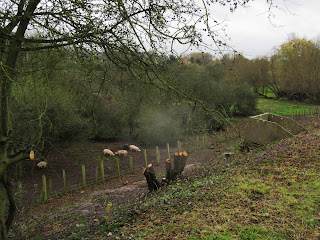 Peeping round the corner by the blue car we can see a well cleared area, and we get a better appreciation of the height of the embankment at this point.

Our neighbours were certainly enjoying themselves down there in the mud! 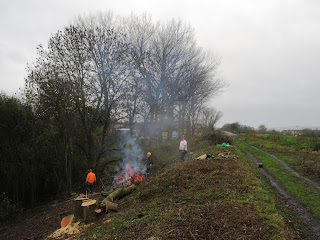 Passing the clearance gang by the blue car, a second group was cutting down the larger ash trees that were too big for the first gang.

That sawn wood is not being wasted either, some of the gang members have woodburners, and these logs are a fitting reward for their efforts. Clearance is pretty hard work.

Bridge 4 and Peasebrook Farm are just visible behind the trees. 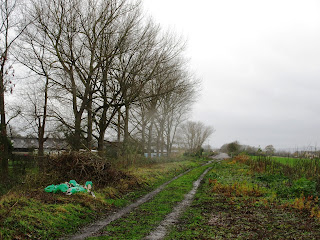 This view is as close to the ballast head as I got, as a phone call called me back to Broadway for a discussion on Signal Box stoves... 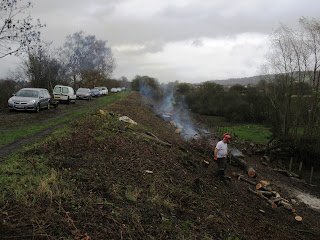 Turning round the other way, back towards Broadway a short mile away, you can see the large stretch of embankment recently opened out by the gang.

We are having contractors in as well to support them, and they complimented the Saturday gang's work on this big site. Well done, guys! 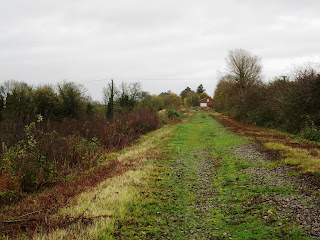 Walking back to Broadway, the old goods shed quickly comes into sight again.

The embankment remains very high on this stretch, but the freshly sprouted vegetation hides the sewage works that are located here on the left.

Just for interest, a couple of other shots taken yesterday: 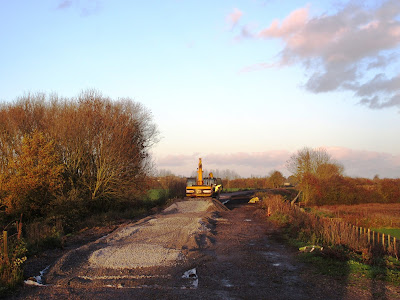 This shows how far our ballast contractors got on Friday. The picture was taken standing on bridge 5 at Little Buckland, looking towards Broadway. The Terram now stretches all the way along phase 2, from this bridge to the next one, bridge 4 at Peasebrook Farm. A small bit of work will complete this exercise on Monday, and the contractor is moving on to another job.

There is still some work to do to excavate and repair a salt glazed pipe under the trackbed that was discovered here, crushed in the middle.


At Winchcombe, the ballast train stood silently on platform 2, as Cheltenham Race Trains rumbled past through platform 1, hauled  by 2807. 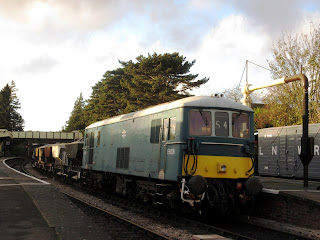 This ballast will be used next week to support the tamper that is doing the running line, starting from CRC and working north.