Such an interesting day, one which saw the first ever race train leave from the station. 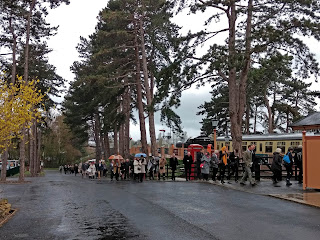 Just look at these passengers flood up the newly tarmacced drive! They have come from London on a special excursion, alighted at Evesham, bused down to Broadway GWSR and boarded the 'At The Races' charter there for CRC. 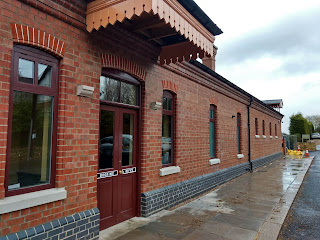 It was windy and a bit rainy today, and this pattern highlighted the shortcomings of the postage stamp canopy over the front door. Look where you had to stand in order to stay dry. The canopy team have a longer term plan to widen the canopy, to include the stone corbels in the facade, which so far have not been used. A 'WAY IN & Booking Office' V board is in production for it. 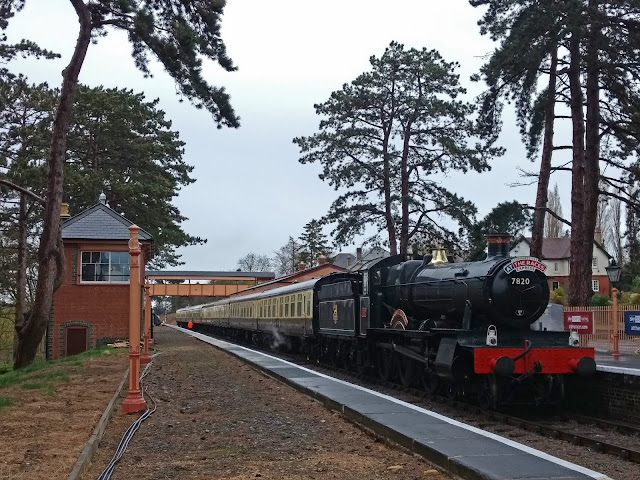 And here is the first ever 'At The Races' charter from Broadway, headed by Dinmore Manor, about to leave, and filled with happy race goers. 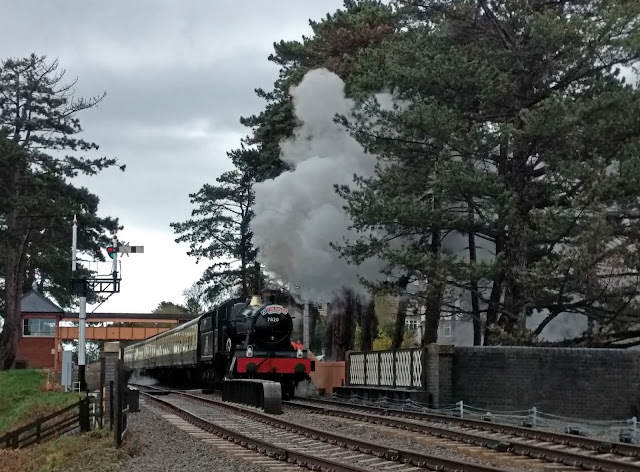 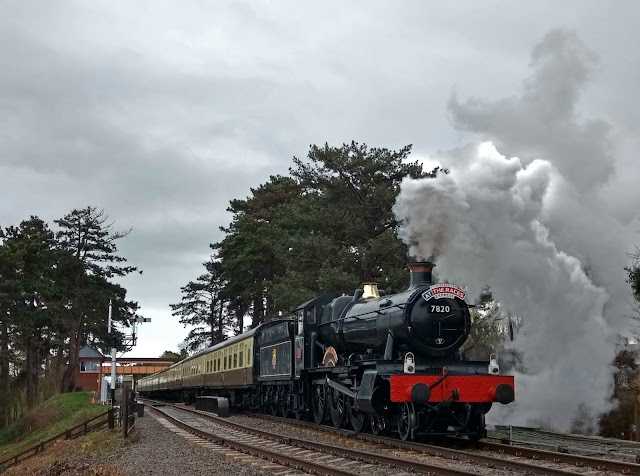 Here is Dinmore manor with the first ever At The Races charter just leaving Broadway station, this day of 15th March 2019.

May there be many more. 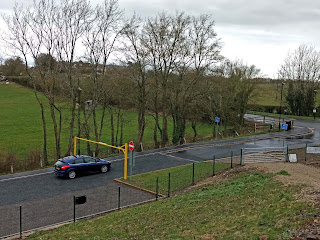 Meanwhile, the car park saw about 20 customers, and once again there was confusion over the one way system.  What is so difficult about 'No Entry' and 'No Exit' , both signs 15yds from each other?

Meanwhile, back at the footbridge.... 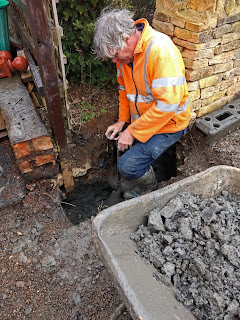 We carried on with the foundations for the two gate posts that will support the spearhead fencing in this area.

We had the holes deep enough, but this morning they were full of water and we decided to link them, which made for easier baling. 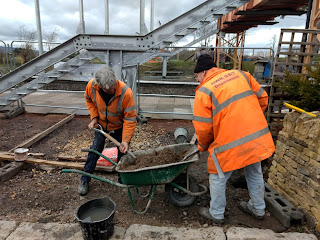 Then a barrow full of mix, with two thirds of the team on the shovels. 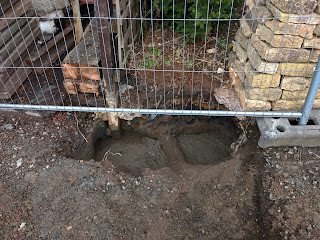 End of the morning saw the foundations of the two posts in place, one post in each hole.

That'll be for Monday then.

What to do in the afternoon? (still waiting for the scaffolding, but we now have an accepted offer) 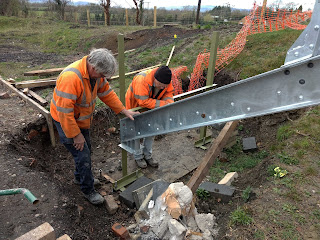 We had a look at the bottom of the steps on P2. here the stringers were still attached to temporary angles. These will be replaced by square upright canopy extension supports in due course. 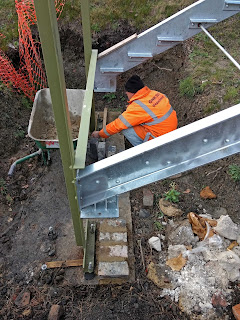 As it stand the stringers are not actually resting on anything, so we decided to give them supports of brick and concrete blocks.

When these have gone off, we will build towers of concrete blocks until the stringers are supported.

A quiet day, with no maintenance going on. 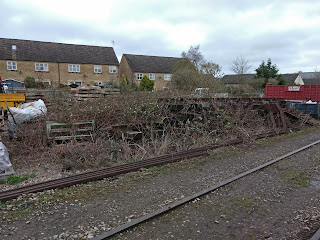 Instead, we prepared the yard for the arrival of a crane and lorry next week to remove some trackwork that is stored in the middle of it.

The trackwork, including this fully timbered turnout in the brambles here, belongs to a third party and is due for removal to an alternative storage site. 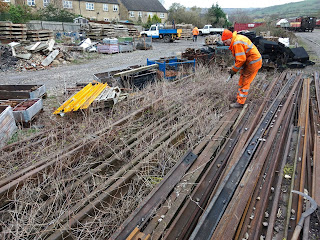 There were 11 of us scattered about the yard, clearing brambles, throughbolter chairs for Toddington and decrepid pallets.

Steve here is freeing up a BH turnout so that it can be hoisted away. 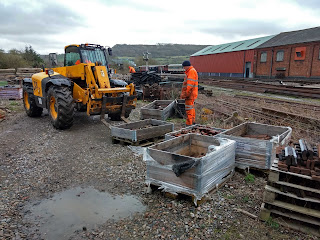 Lots of material on pallets stood in the way and was taken away by Alan in the Telehandler, sometimes after re-stacking as the pallets underneath had rotted.


The job took half a day. We broke for an early lunch where a pleasant surprise awaited the team: 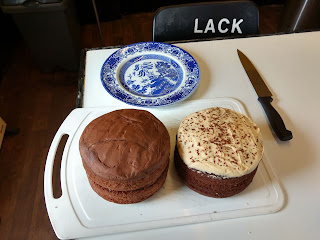