Ballast between the platforms

Yes, but it's a long job. A serious start on this was made today, even as the scaffolding still stands on the trackbed. But the trackbed side of it will be removed shortly, giving the PWay full access at last. 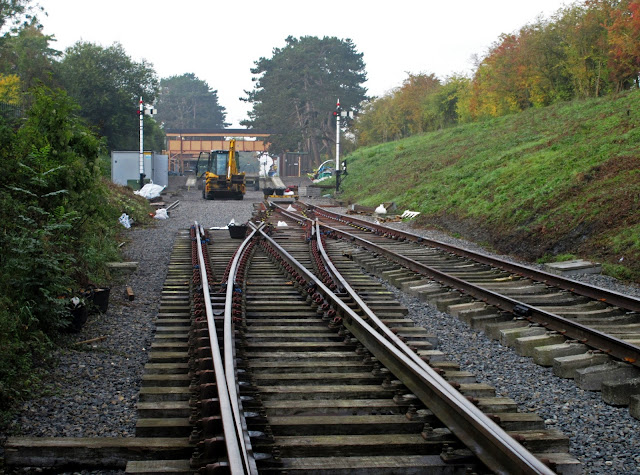 As the two turnouts at Broadway north near completion, we are starting to prepare for the next stage, laying track between the platforms. The area between the ends of the turnouts and the start of the platforms has already been prepared with new ballast, and a few panels could be laid already. Now starts the serious work of scraping off all the contaminated ballast between the 200m of platforms, and replacing it with fresh. 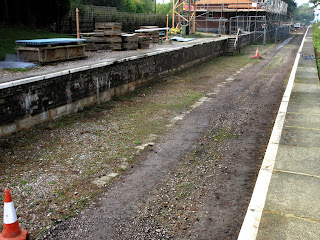 This is a reasonably good bit of trackbed between the platforms, but still shows the gist of the problem. Grass is growing, clay has been run into two tracks, and in the midle is the remains of a pile of builder's sand. 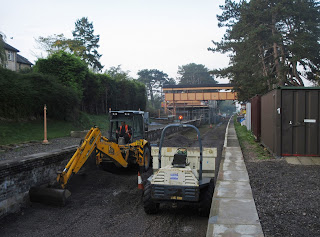 Work started first thing this morning, and by lunch time a couple of dozen yards had been cleared, being the stretches between three catch pits.

The spoilt ballast was stored in the area of the original signal box by the bridge, and will be used a little further on to fill a void that exists there. So it will still be useful. 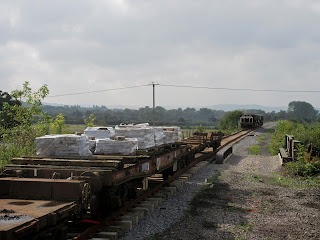 One load was taken down to Peasebrook to fill a hole next to the trackbed - job done.

By the Childswickham Road bridge one of the WARFLATs has been loaded with surplus pallets of recovered imperials from Broadway. At first they were going to be taken to Winchcombe by road, then we thought, hang on, we have a railway line now! On the return journey the flats will be loaded with the SH bullhead rail from Stanton. No empty stock movements here! 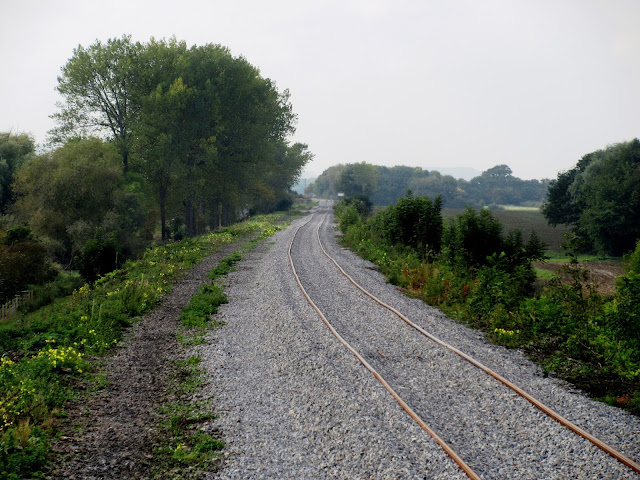 Just before Peasebrook you can see the track laid in April this year, now covered in a first drop of ballast. Before doing so, it was 'tweaked' into place, and now looks pretty good already, don't you think? The tamper, coming next, will make it perfect.
Can you see a 9F hacking down here at 60mph with an iron ore train? That's what they used to do. 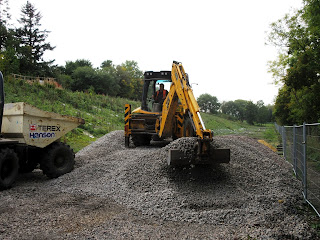 Back in the car park, the dumper was being loaded with fresh ballast by Stevie, on top of the pile. 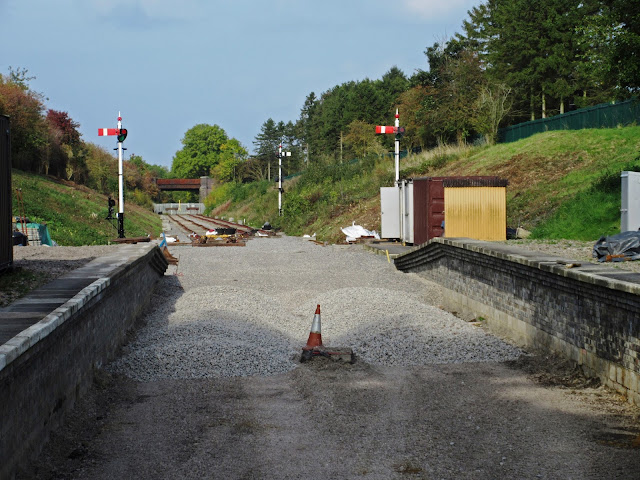 The ballast was taken here, into the first few yards of trackbed between the platforms. It still needs spreading out, probably a job for Thursday, when a similar drop will be made. 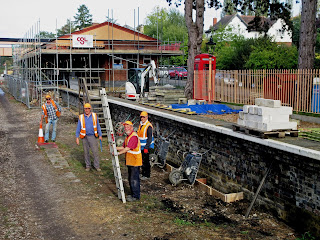 Our friends from the S&T department were not idle either, and we see them here preparing the shuttering for a concrete base opposite the signal box tunnel. On it will be located the wheels for the signal wires going off left and right under the platform wall. 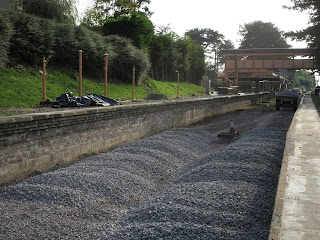 At the end of the day the ballasting had reached this point, just beyond the first catch pit, opposite the running in board.