A quickie today, tweaking the track, ready for an afternoon ballast drop. 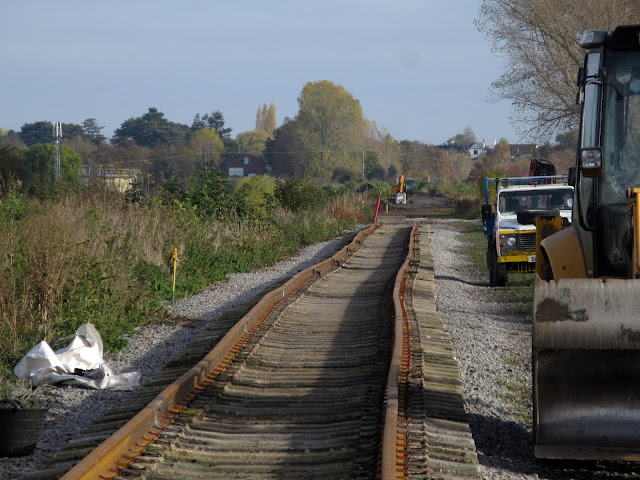 First thing on a cold and now frosty morning, we came to tweak this track and get it as straight as possible for a planned afternoon ballast drop. In the background you can see the next bit of trackbed, destination Childswickham Road bridge, starting to be cleared of vegetation. 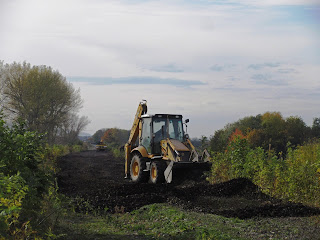 Tweaking done, our contractor Steve moved further north and resumed clearing the next bit of trackbed. In the very far distance is the curve at Little Buckland. The trackbed is in good condition, but covered in regrowth, and not level. Not problem for the JCB though. 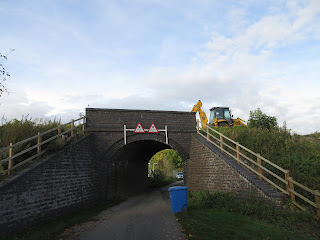 As proof that we are slowly moving north, here is a first work picture of bridge 3, at Pry Lane. This, unusually, is a brick built bridge and although in the 'Bridges to Broadway' refurbishment programme, it needed very little doing to it. It's in excellent condition. Steve is just crossing it for the first time. 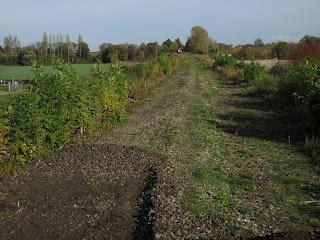 Topside, this was his view. Not zoomed in this time, and the goods shed looks a bit further away, although we are nearer now. 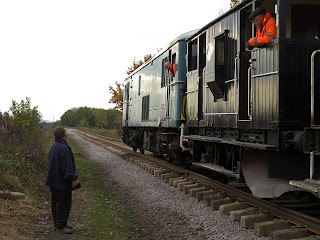 After lunch the class 73 arrived, and it was back to the railhead. The supply train was propelled up the newly laid extension, dings and all, as far as it would go, to liberate this stretch for the ballast drop.
There's a quick pow-wow - where to stop, which brakes are on, which wagon do we drop first. 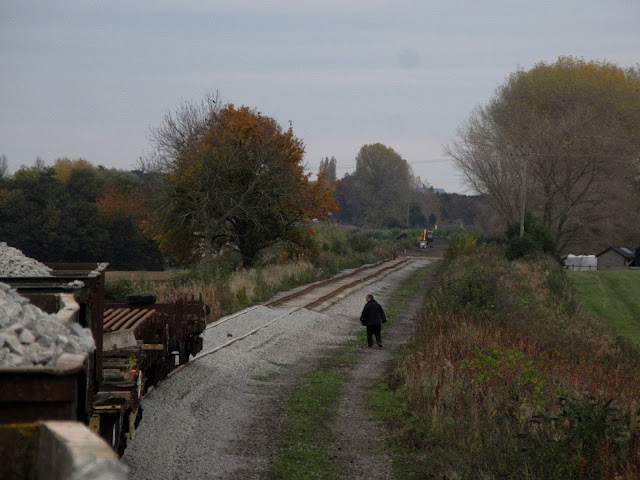 The supply train is propelled up on to the most recently laid stretch.The red flag marks the furthest the train may go. The wagons have to be well out of the way so that the ballast train has room to do the drop - you can see where this will be. In fact it just fit the space - last time, we were unable to drop the 6th wagon, as we had reached the others parked at the end. 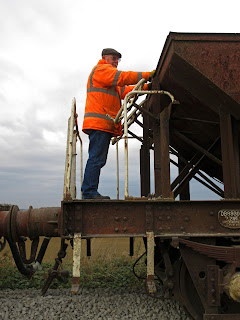 John came down on the loco, and is here seen in charge of one of the wagons.

On the command, he opens the shute, and within a few yards the whole load has fallen through the middle and into the 4 foot. It doesn't take very long.

As the train slowly proceeds, the next wagon's doors are opened, and the next. You're like a monkey up there, on, wrench the wheel, off, on to the next, quick quick. 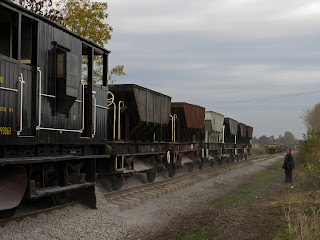 The wagons empty with a roar and a jangle at the end, and the Shark follows behind grinding and squealing as the plough rides over the top of stones trapped under it. Steve directs the operations. 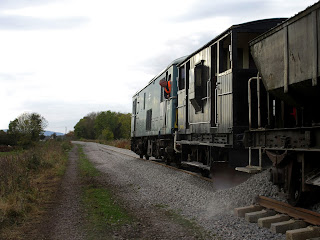 Neil follows on in the class 73, keeping the pace as steady as possible, with the plough screeching away just in front and generating large clouds of grey dust. 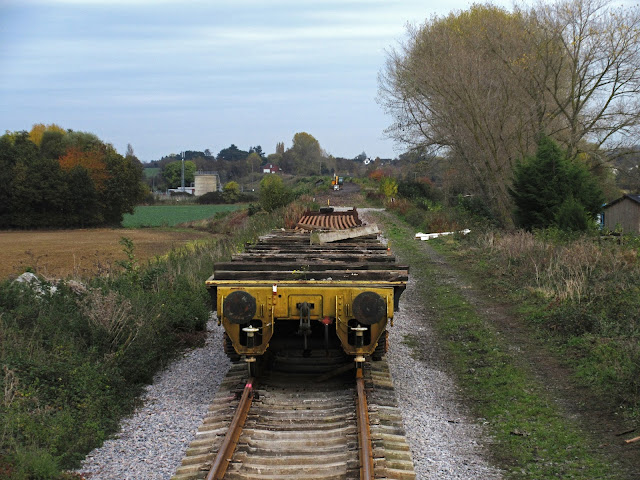 We're almost at Peasebrook Farm now, the white boards mark the railhead as of this morning. Maybe another 200yds to go.The rail for it is in the second wagon.

The gearbox of the tamper has been successfully removed, and we are hopeful of resuming tamping next week - fingers crossed!
Posted by Jo at 18:22