After unloading the rail on Thursday last week, Stevie Warren continued clearing the trackbed on Friday. We walked the extension trackbed from Little Buckland bridge, to see how far he had got:


Immediately south of the bridge, the track reverts to its original, overgrown condition, with just a footpath in the middle. There is a thick layer of humus, brambles and the remains of horse gallops, installed by an adjoining landowner a few years back. 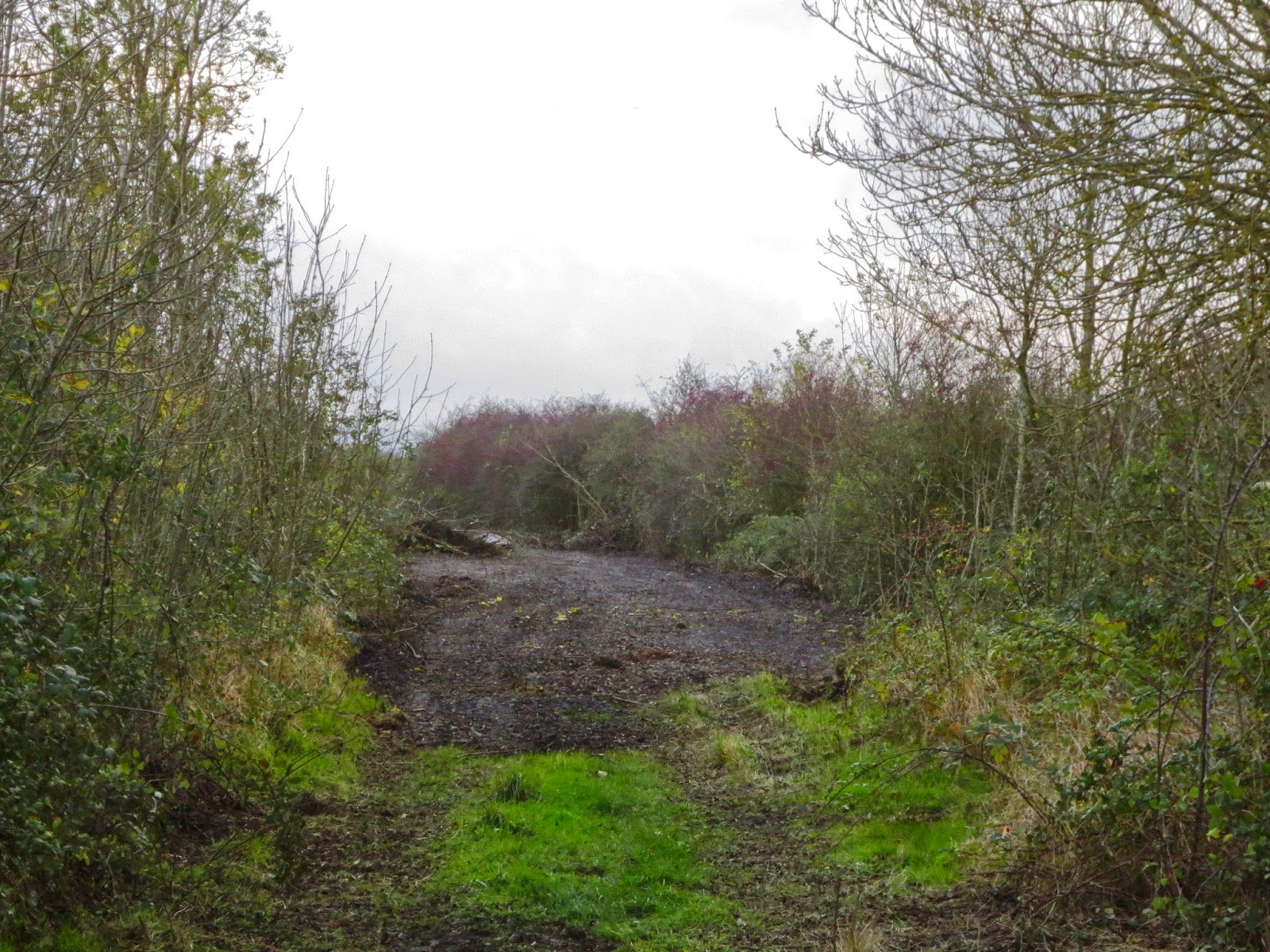 After Little Buckland, the trackbed describes a gradual curve to the left. About half way along this curve, we reached the end of Stevie's clearance. You can see that it's not just trackbed clearance that is required, but also on the embankment. You couldn't tell the line is on an embankment here, the brushwood is so thick. 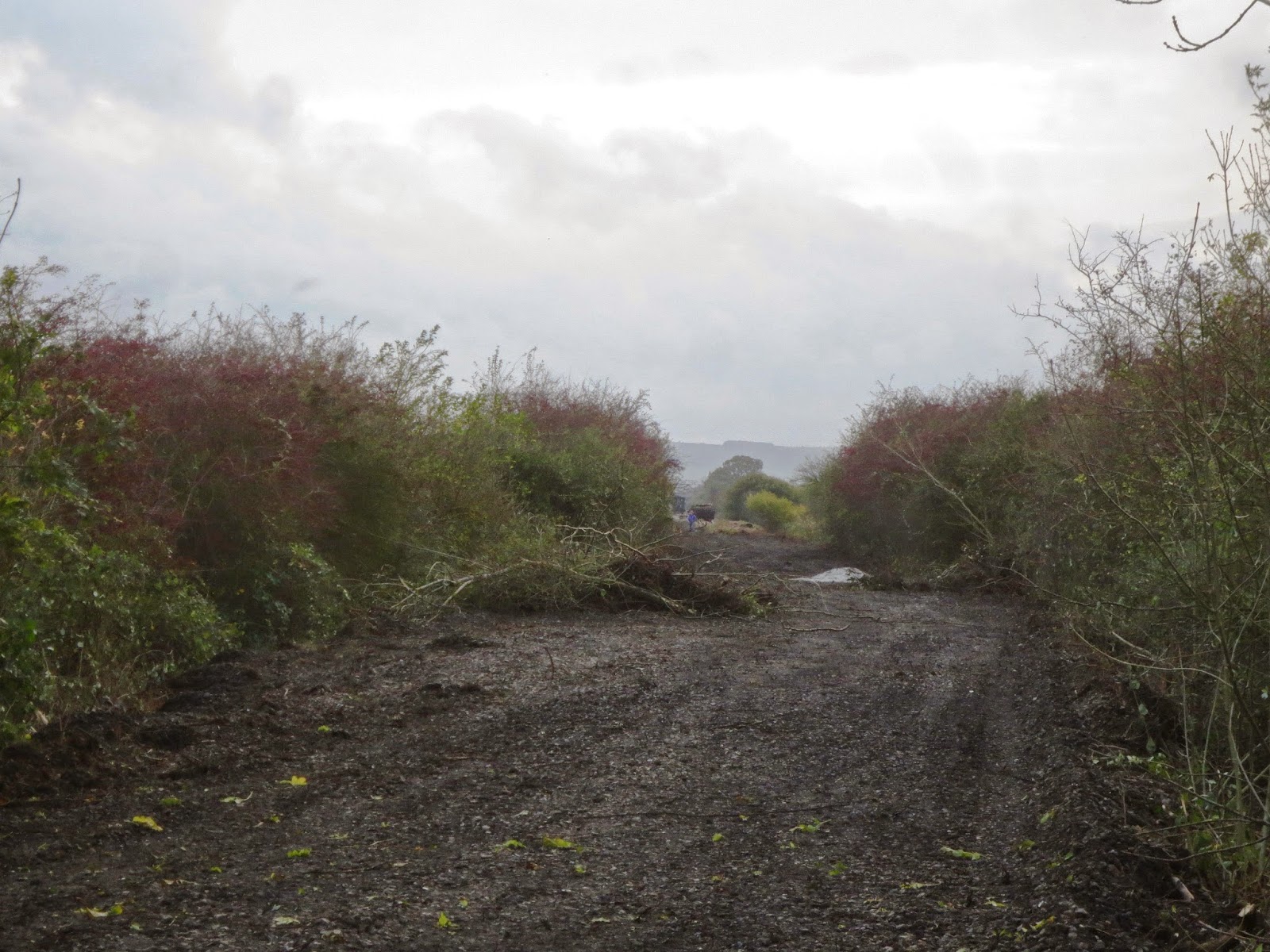 Continuing round the curve, we reach the straight. If you open the picture separately, you can see the bogie flat in the distance on the Laverton headshunt, and - a dog walker, with three dogs.

Turning back the other way, the point reached by the trackbed clearance appears again, half way round the curve: 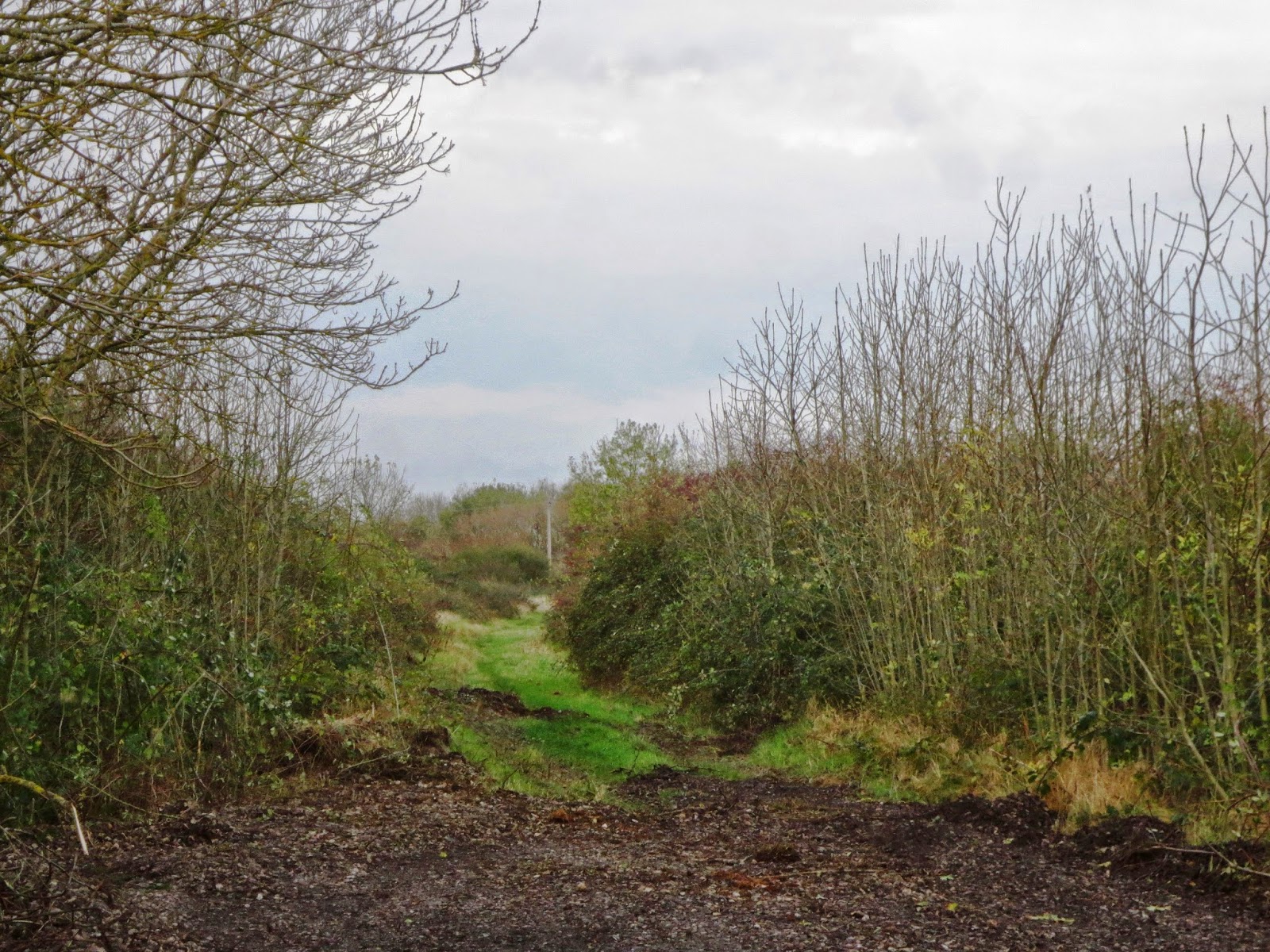 We measured out the bit that still needs to be done - 350m on to the bridge. Not that far, really. Coming round the curve again, here is Little Buckland bridge from the south: 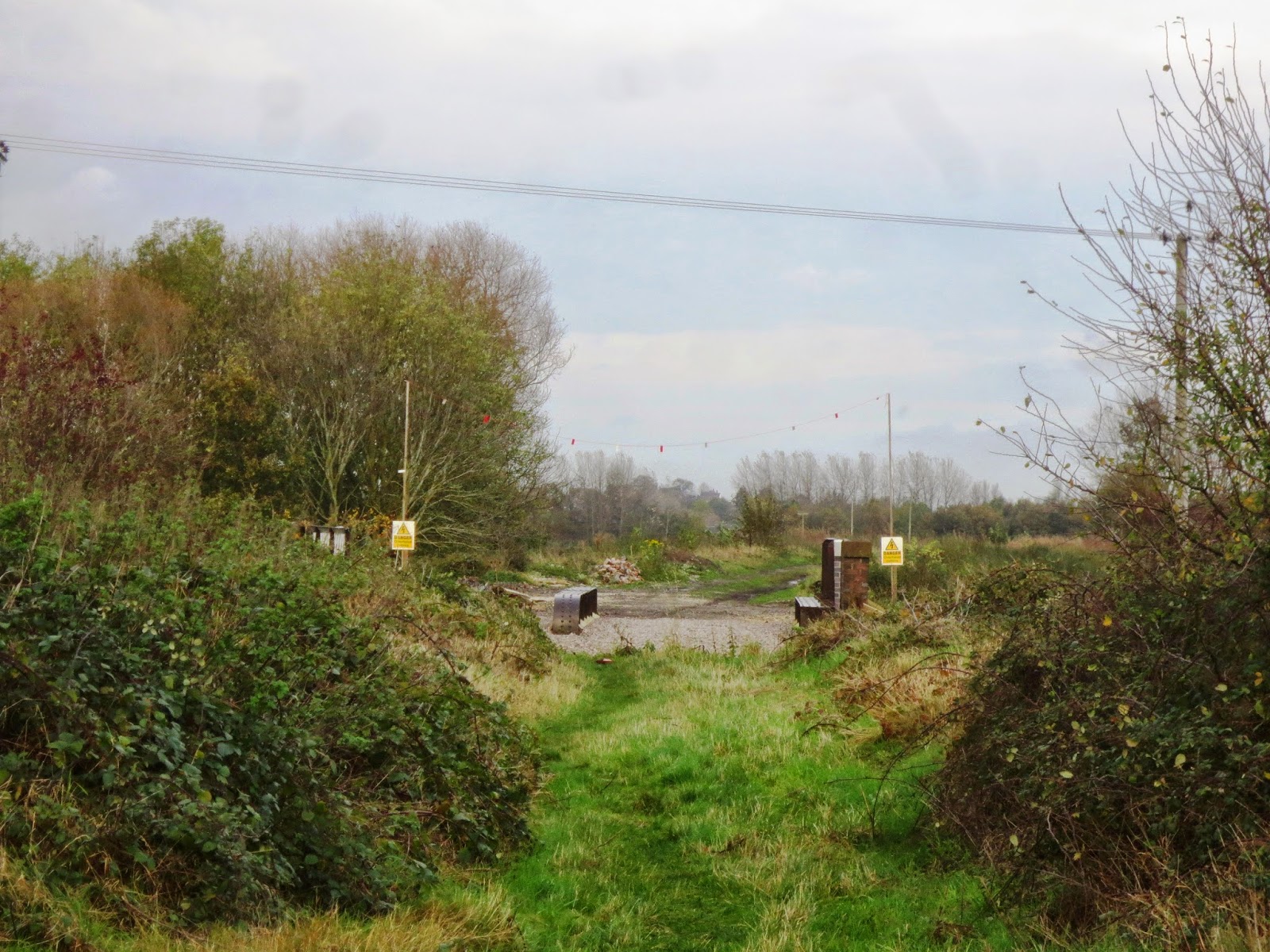 The trackbed crosses over the bridge and then straightens out for a long stretch to Childswickham Road bridge, after crossing Peasebrook Farm bridge and Pry Lane bridge on the straight: 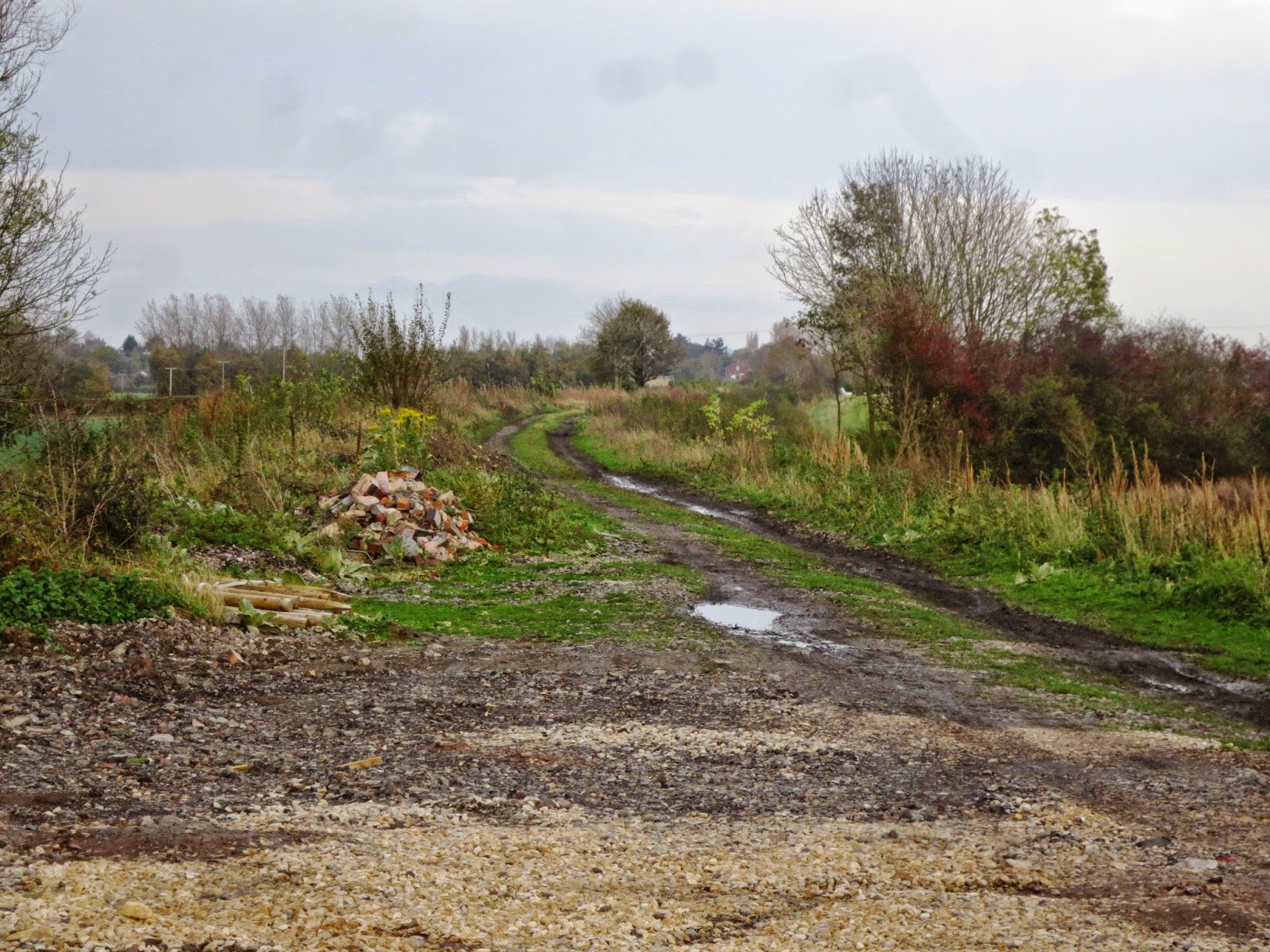 If you zoom in on this picture, you can actually see Broadway good shed, in red brick, in the distance.

For those not familiar with the area, the extension can be seen on the map below. I've had a lot of help and suggestions from different readers, and I'm really grateful for that. A real 'community' thing! The most interesting one, and most workable for me, was a scanned 1953 O/S map, which is now copyright free. It shows the line with the stations still open, and I've drawn a line in red to show the progress of the trackbed clearance. As clearance progresses, I can update this until Broadway is reached, and then start again for the actual track laying next year. 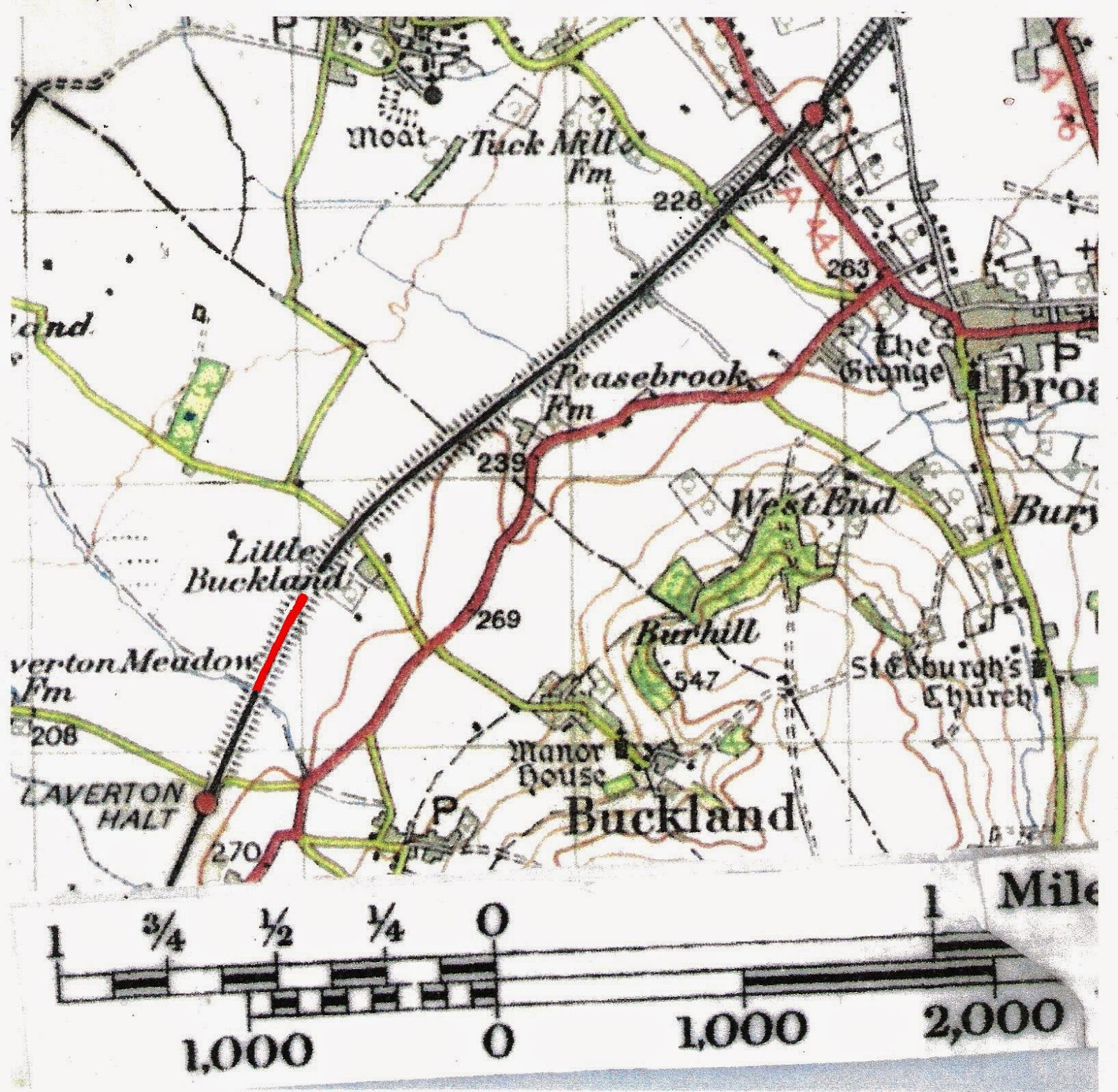 The scale is given underneath in miles (above) and yards (below).  GWSR ownership of the trackbed extends up to the overbridge just visible north of Broadway station, so that is how far track needs to be laid.