The annual holiday is ahead, so this Saturday post from along the line will just be a quickie. 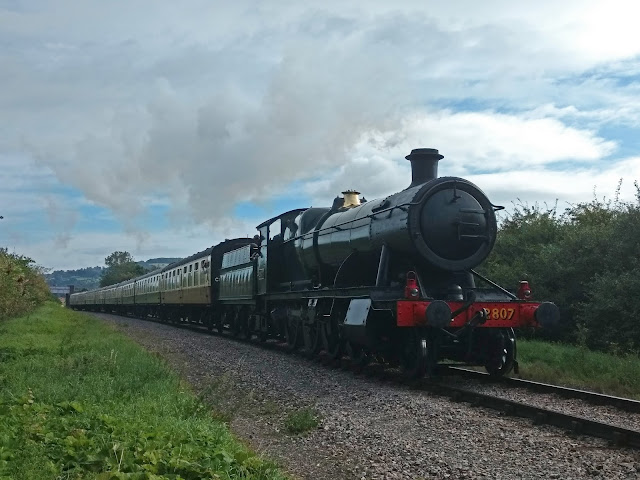 We had a good sized gang of 10 out today, still on measuring the track and its components. We started here, just south of Hayles Abbey halt, the bridge of which you can make out in the distance.

2807 headed the first train south out of Toddy, that important train that gets all the eager passengers from CRC first thing. 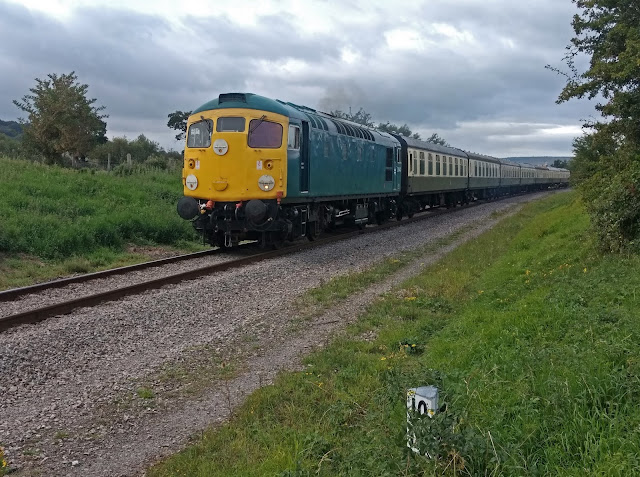 2807 crossed the class 26 at Winchcombe, where the diesel had gone to collect the third rake to take it back to Toddington to start its day. There were 4 locomotives out today, for the three rakes of carriages.

Presumably 4 locos for 3 rakes is because there is some sort of revolving door at Toddington, to give the push-me-pull-you trip to Broadway a variety of locos. It mnakes for great changes of traction for the enthusiast.

The repaired switch was due to be returned to us yesterday, and next Friday is pencilled in to put it back in place on the southern turnout at Broadway. Having lots of locomotives on the Broadway leg is great for variety, but they have to be paid for and one could speculate that the hire costs for the extra locos may well exceed the cost of repairing the switch! 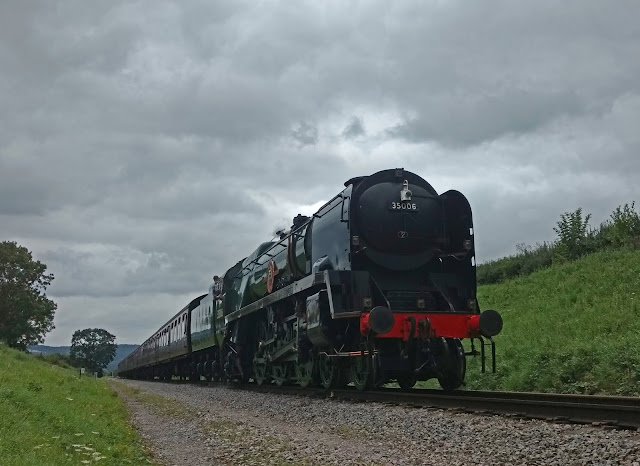 We worked our way steadily south from the curve south of Hayles, and with 10 guys on various measuring instruments progress was faster than recorded so far (this was the 5th session).

Here we are about half way down the Defford straight (so called because the initial military type track laid here, since replaced, came from RAF Defford aerodrome) and this time it's 35006 that trundles by. With the green timetable today trains ran like clockwork every hour, so we didn't need a timetable to work out when the next one was due.

At the sight of a very large, ominous looking rain cloud, and a forecast front moving over us for an hour or so at lunch time, we decided to return to the mess coach for our picnic lunch. It it was true, not long after there was a short but tremendous downpour. We missed it, so there. 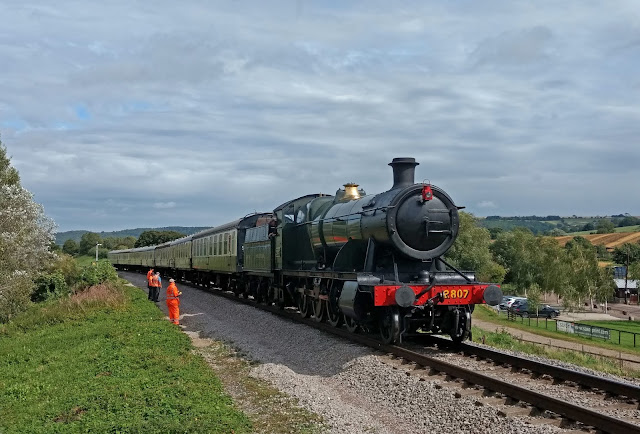 In the morning then we did the whole of the long Defford straight, and after lunch we kicked off from the outer home to do Chicken Curve.

Here we were able to admire 2807 under a fine sun, which had come out again after the rain cloud moved on. 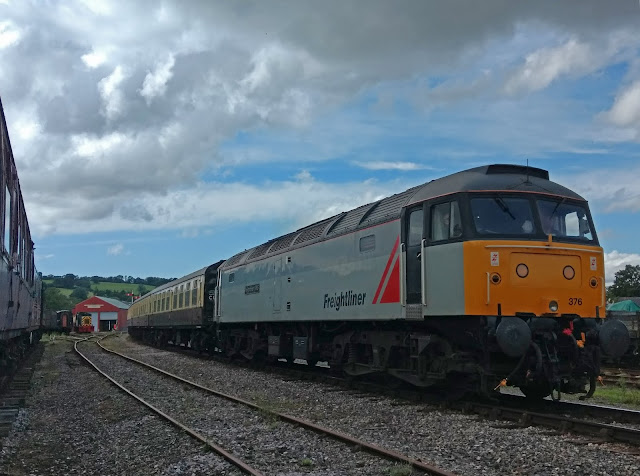 The fourth loco out today was the class 47, which you can see here pulling out of Winchcombe, just as we were coming off Chicken Curve. Winchcombe and home was in sight! 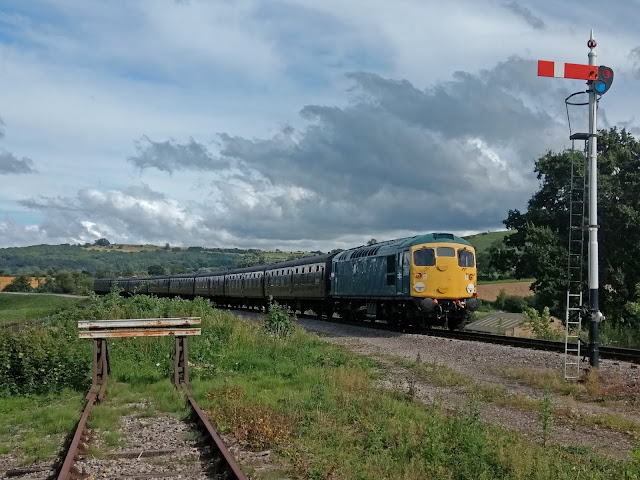 At Toddington the class 47 crossed with the class 26, which returned 20 minutes later, as we were on the home straight into Winchcombe yard.

The total surveyed today: one mile! Our best day so far. We were well pleased.

The main gang hitched a ride on a train to CRC at the end of the day, while your blogger hastened home to pack his suitcase - there will now be a 14 day gap in the reports here, but everyone is allowed a holiday once a year.