The offer was on the table:

Too much Christmas cake? A glass of wine too many? Can't stand the relatives a minute longer?
Come for a refreshing day on the PWay!

Eight of us took up the offer, knowing also that the massive marzipan Christmas cake would make a re-appearance. 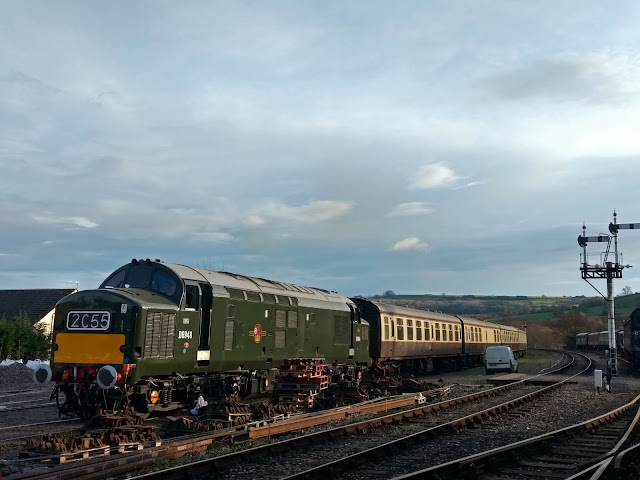 It was a mixed traffic special, this last weekend of the year. Class 37 D6948 stood and rumbled next to our mess coach, until it finally pulled out the chocolate and cream rake from its siding at Winchcombe.

We're now just a few days from starting our winter relay exercise at Toddington. We have a road map of which rails we will replace, and which we will keep, on this 600 yard, earliest piece of main line track laid on the GWSR in the early 1980s, south out of Toddington. 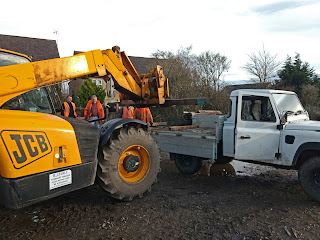 A supply of replacement sleepers is on order, but we also need two timbers, which the Telehandler can be seen here loading on to the white Landie. 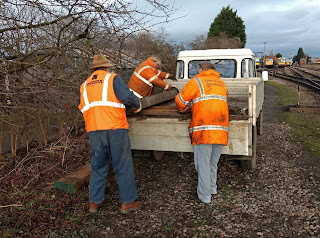 We drove this up to the south end of Toddington yard, where Steve will level us a storage area for the materials needed for the relay site.

These timbers are heavy, and we were glad we only had to roll them off to one side, where they fell to the ground with a 'boom'. 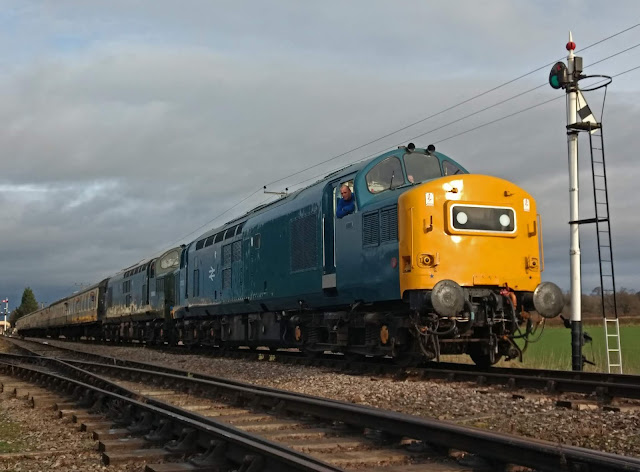 As we were dropping off the two timbers the first service train drew out of Toddington. It was double headed by our two class 37s. Nice! You don't see that so often, and trains were quite well filled too, which was pleasing for this low season weekend. 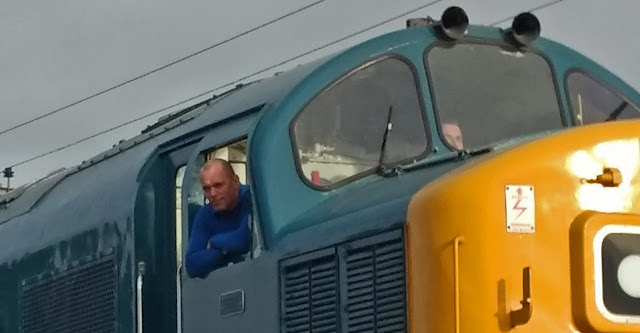 Wait, that's one of ours, it's David! Shouldn't he be down here helping us? Well, this is one of the privileges of hard labour on the railway, and also a delayed birthday present. So enjoy. 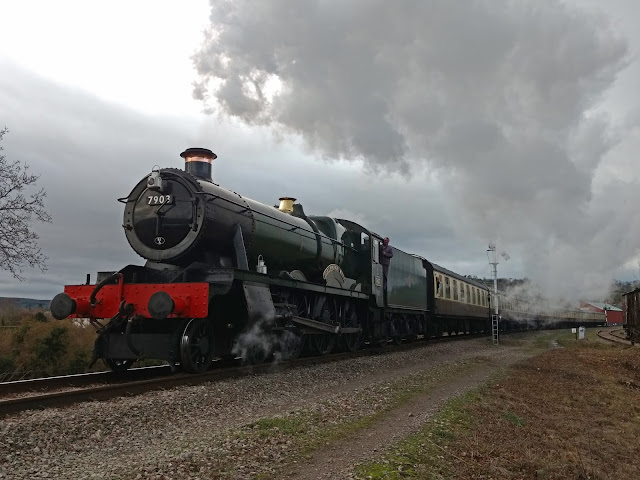 Foremarke Hall was also out and about today. You can see the loco here on the long curve north out of Winchcombe, about to cross the B4632 under Chicken Curve.

There was also a second steamer out today: 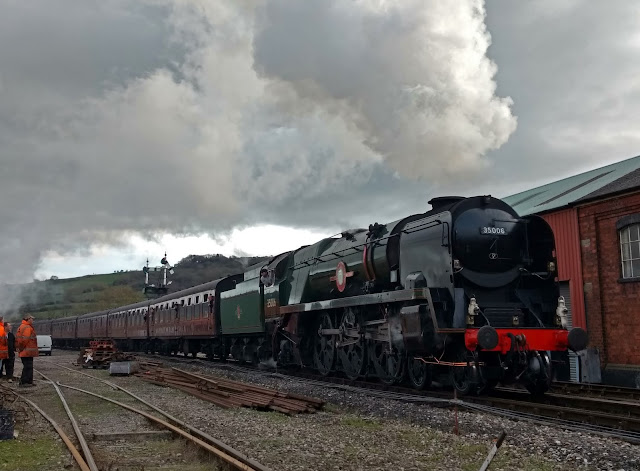 We offer our passengers 'big' engines most of the time, and here it's a Pacific, with the regulator just cracked open to do the 500 yards from the bracket signal into the platforms.

Over lunch we had the pleasure of offering Robin White from the WSR a table in our mess coach to letter the new clock for the Broadway cafe. 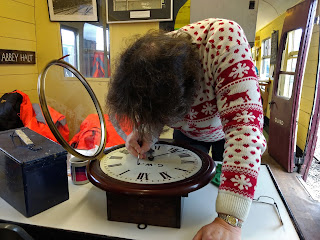 Robin is really good at this, the three magic letters G.W.R. went on in a matter of minutes.

The blank 8 day fusee clock was secured via Ebay, and thanks to Robin it will add that extra touch of atmosphere to our 1904 Broadway cafe.

It will open with the next season. With a clock. 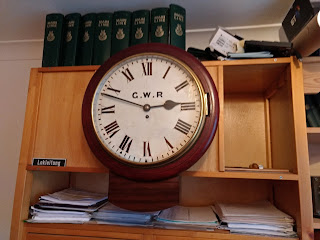 Here is the clock, lettered in the pre - 1930s style. (after that, they bore a shirt button logo).

The purchase was made possible thanks to some generous donations from heritage minded supporters, and we are very grateful to them.

It is now being tested to see how long it runs for a given number of turns with a key. 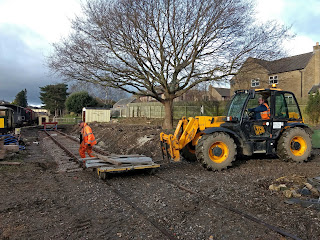 As part of the preparation for the relay starting next week, we also need to move some wagons back into the siding that we relaid a few weeks back.

Here Nigel is removing the Permaquip trolley, which was stuck in the way without a brake handle. No problem, if you have a Telehandler. 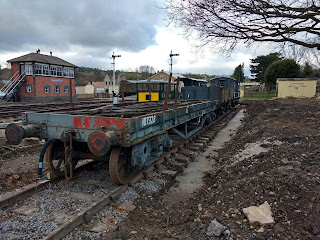 We then shunted the wagons back up against the stop block. On the right of them you can see the foundations for the new platform wall.

Construction of the Usk building will probably take place in Q2. We need to do some more drawings for the planning application to go in, nothing major in the way though, just patience needed. 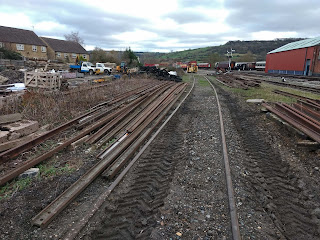 Moving the wagons back a few yards has opened up this view - essential, if you want to get at these spare rails. The best of them will replace the most worn at Toddington.

See you next year!