A small team from the Wednesday gang took out further track at Laverton today. 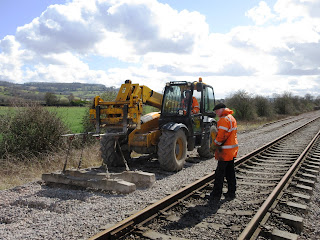 A change in the MO was decided upon, and we are now doing it with the forks and two sets of chains. We lift them out and on to a pair of bearers, then scoop them up for stacking at the end of the loop. Slower, but surer that way. We'll have to load them on to the bogie flat another day, but it proved very difficult to do so on the very narrow remaining trackbed. 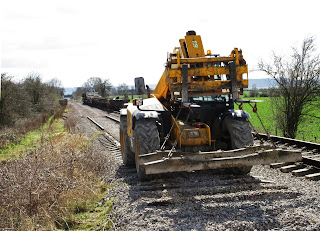 Here the telehandler has just lifted out a pair of sleepers, and has started on its journey north to the stacking point. 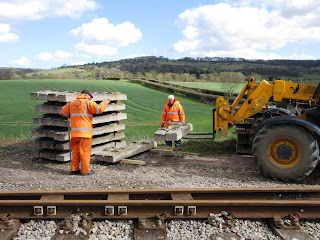 At the northern Laverton turnout, 60 sleepers have been stacked to allow the replacement of the pointwork in the foreground with plain rail. The others sleepers are being parked here, and will be taken up to Broadway eventually. 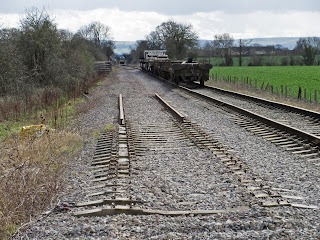 Behind the telehandler, this is all that is left of Laverton loop today. Just one more pair of rails to be taken out and dragged north, and a few more sleepers. A day's work could see this completed. 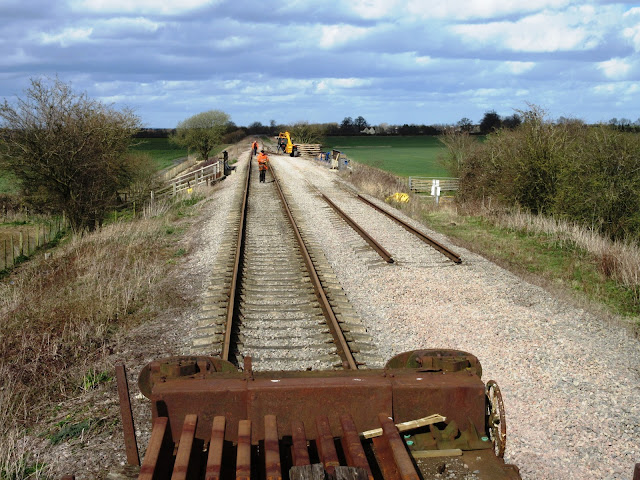 Looking the other way from the top of the bogie flats, you can see the last remaining stretch of rails. The sleeper stacking gang is busy in the background. A very welcome van load of new wooden bearers was also delivered. These are invaluable for stacking the sleepers, not only here at Laverton, but also at the sleeper depot at Skew Bridge. This is a brilliant source of free bearers found by a member of the PWay gang.

The rail has been dragged north to a point beyond the turnout. At a later date, it will be further dragged along the trackbed to Broadway. The two turnouts will be dismantled and taken by truck. 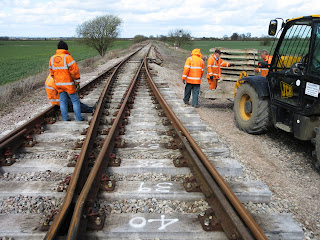 Ready for dismanteling, the turnout timbers have already been marked up in numerical order. In the distance is the bumpy former Laverton headshunt, that also has to be renewed. The gang will be at Laverton for a little while yet then. 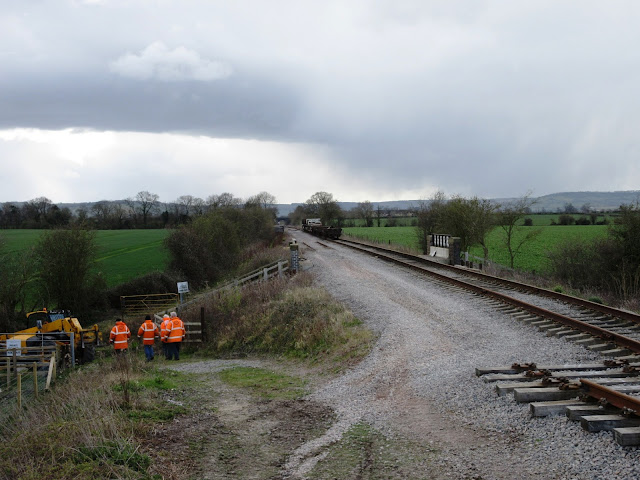 Later in the afternoon, and with a squall in the distance, the gang decided to call it a day, as they had to return to the telehandler to Winchcombe and lock up the tools. The tiny stretch of track remaining can be seen in the distance. 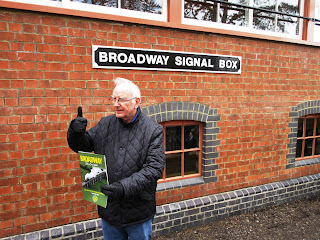 Earlier in the day, the formal launch of the EIS share issue took place at Broadway. The biggest cost item in the 'Last Mile' is rails and ballast, so please heed Pete's call and help. We can't do it without you.


Edit
In response to a desperate Mr. Baker :-) 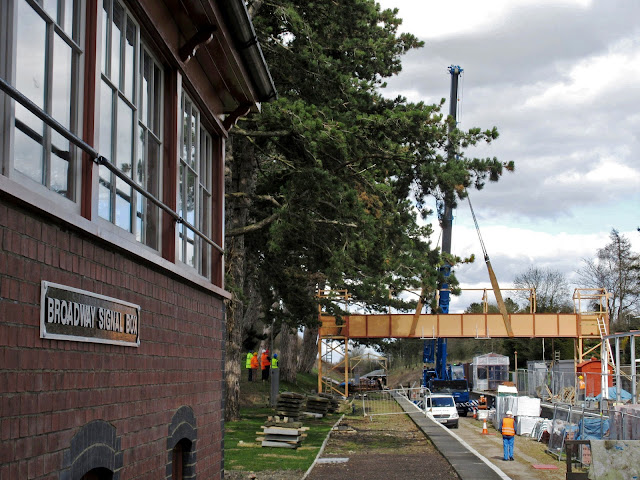 But no money for the steps, unless the share issue is oversubscribed!