At Toddington, the first truss for the Broadway canopy is almost complete. 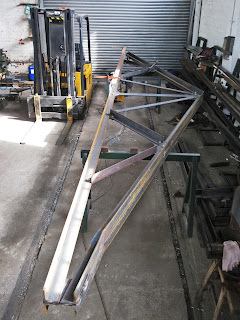 It's so big, it's a bit awkward to fit on a photograph! We got it, edge on, by standing on a chair.

There will be 7 of these. This one is basically finished, except for a couple of uprights to be fitted in the centre. 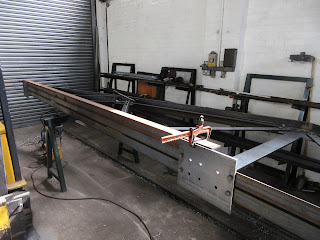 The length of angle being held on here with a G clamp is not in fact a part of it, but the first piece of the next one. The first piece will serve a a template. The uprights still to be placed go on the flat piece in the middle, on the RH side of this photograph. 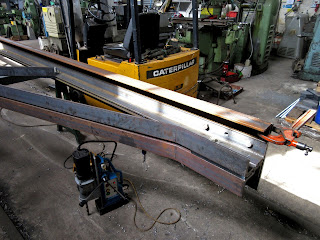 A nice bit of style is the bend fabricated into the pair of angles here. This brings the diagonals in line with the bottom. Neat. 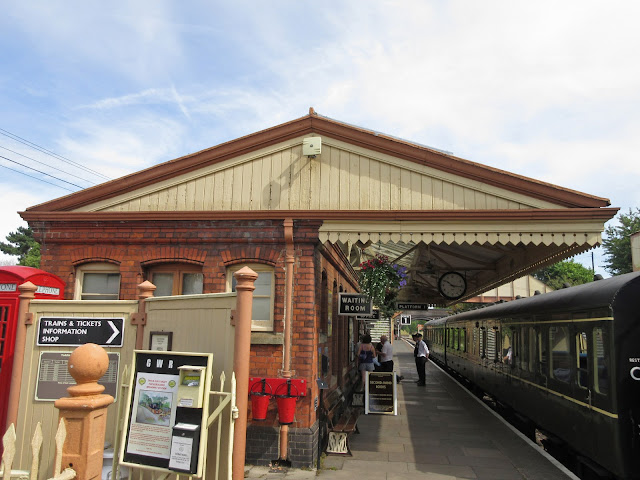 To give you an idea of the size of the truss, here is a picture of the end of the Toddington canopy. The truss runs from the far left to the far right; it's a big piece. There are only 4 of them at Toddington, which gives you an idea of how much longer the new building at Broadway will be, with the extra toilets on the northern end. 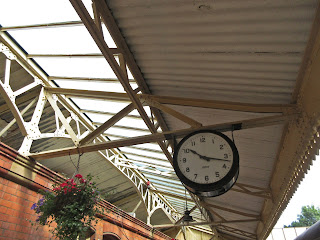 The area that is as yet unfinished in the new truss is on the LH side here, where it intersects with the arches running down the length of the building.

These arches will be made last of all.

Extension track work.
The extension track gang is still at work in the yard outside Toddington loco shed. The loading road is back in place, and already occupied by a bogie flat. Work has now started on the other half of this job, the relaying of road No.6, back into the loco shed. 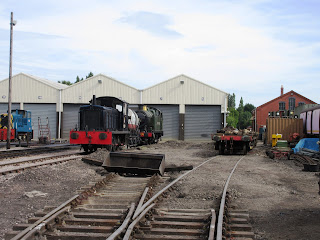 As of today, the route was half dug out, and a start had also been made on the relaying inside with concrete sleepers and a first length of rail. Outside, GWR 4270 was having a warming fire lit. It's your blogger's favourite engine, and he has a share in 4253, which you can see being rebuilt from Barry condition here:
http://www.4253.co.uk/Latest_Progress/
But if it's having a fire lit, where is the smoke? Well, the firelighter forgot the matches.... true story!

There are still a few more working days required in the yard here, before the team can revert back to the extension itself. 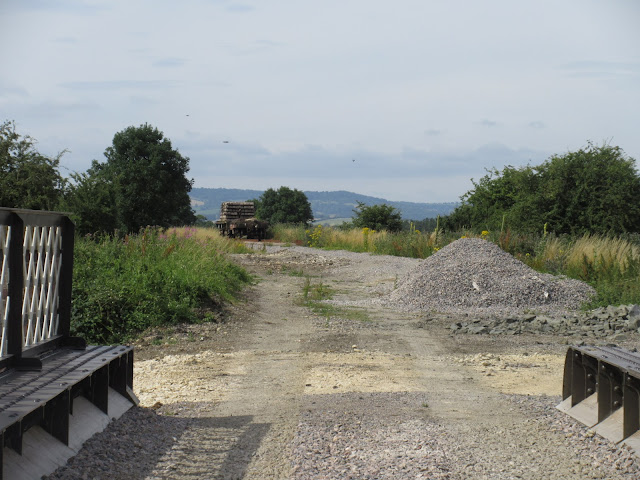 All is pretty much ready here, as the contractors have left. The bright patch of ballast in the foreground traces the line of the replaced culvert. A bogie flat with a partial load of concrete sleepers is now stabled at the rail head, and this makes the proximity of the works even clearer. 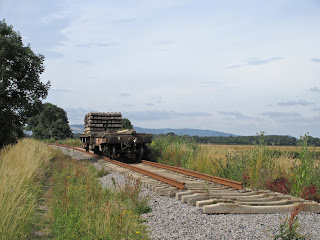 The new rail has been welded all the way up here. The northern turnout at Laverton still has to be removed and replaced with plain rail though. 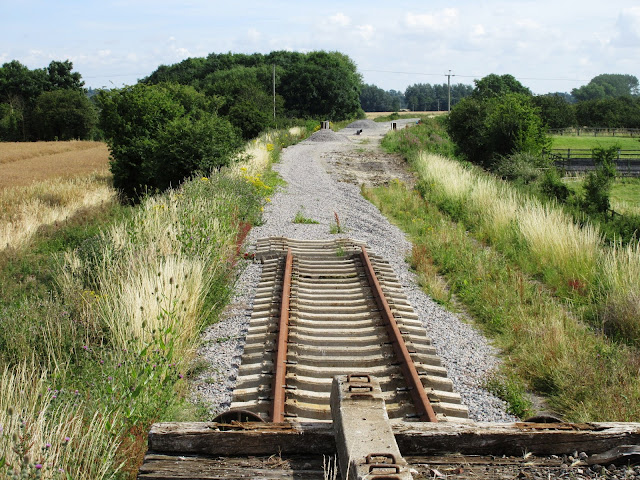 In this larger view you can again see the proximity of the rail head. 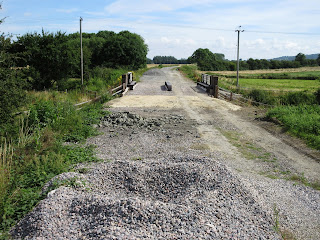 Looking north towards Broadway, it is clear that one thing still left to do is the replacement of the ballast bed and terram sheet.
The pile of stones on the left was used to line the entrance and exit basins of the culvert replaced here. 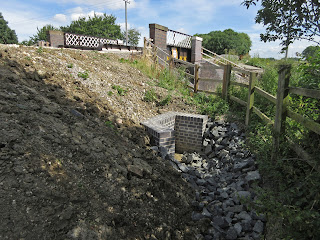 This is the entrance to culvert 5A at Little Buckland, showing the stones used to line the approach to catch any silt being brought along by the water, and to prevent scouring. The embankment is fully reinstated and there is a nice new headwall. 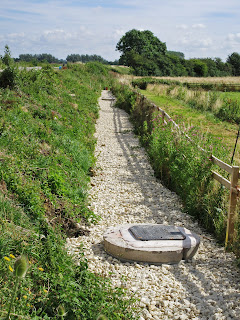 On the other side of the road, the French drain is complete, back filled with ballast and equipped with two inspection pits.

The French drain leads to the meeting pace of 3 drains at once, including the stream that flows from Little Buckland through a pond next to the railway. 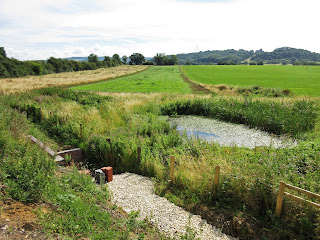 This picture shows the pond, the three headwalls emptying into a chamber on the upstream side of the embankment, and in the background, the source of all the water: the Cotswolds Edge.

What you can't see is a large number of swallows circling inside the area of the pond, catching the numerous insects hovering there. Very rural.