The tamper ventures forth

The gearbox on the B&R tamper has now been repaired and reinstalled by the crew. It is now ready to resume the job it was doing before the gearbox issue came up, so yesterday and today it was out on the extension to Broadway. 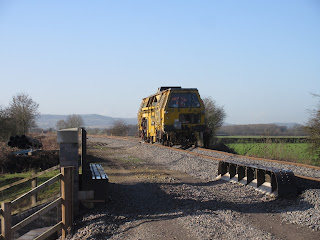 Here it has arrived at the limit tamped yesterday, when it was out in the former Laverton loop area. Today's job was Little Buckland to Peasebrook Farm.
The tamper has paused here at Little Buckland bridge for a brief inspection, prior to starting the job. A measuring run has already been done. 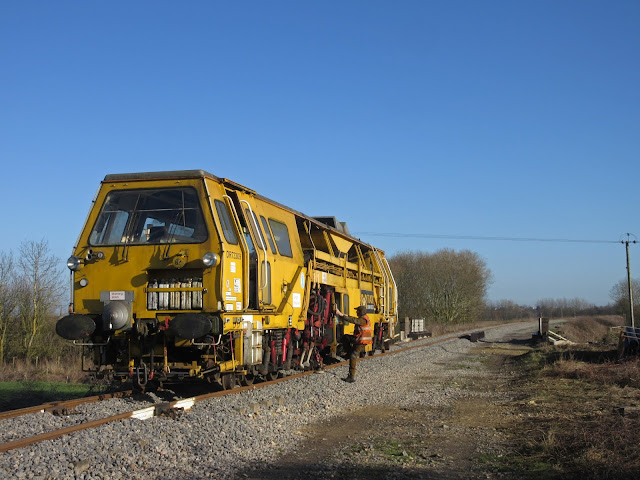 Owner/operator Bob is just getting back into his rather isolated little cab under the machine. Those accompanying him sit majestically in captain's chairs in one of the driving ends! Behind the machine is the (formerly) double track Little Buckland bridge and a sweeping curve to Peasebrook Farm, and a glimpse of Broadway goods shed. 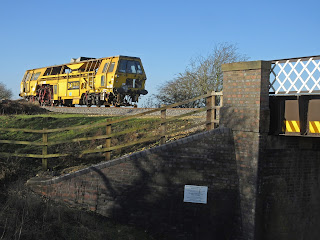 The machine then set off on its tamping run, here just about to pass slowly over the bridge, which was very comprehensively repaired as one of the 5 Bridges to Broadway. 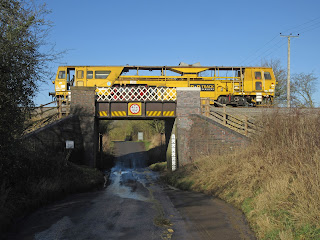 The tamper on Little Buckland bridge. Seconds later, a local 4x4 passed by and gave an enthusiastic wave and toot. Many locals are delighted to see us back.
Andy P's drain repair works have worked very well here and there's been no flooding (needing the huge depth gauges) here for a while now. Nonetheless the area under the bridge is wet, and this because of a spring-like eruption of water in the side of the road behind the camera, which is outside our control, unfortunately. 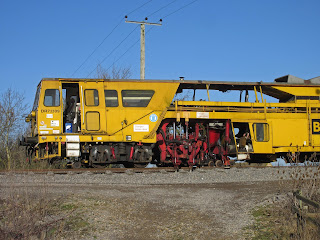 A detail of the tamping tines at work. Bob can just be made out ensconced in his little cabin underneath.
The run up to the bridge from the south needed little lifting, but once over the top, the area north of the bridge did need more lift, as can be seen by the exposed sleepers left by the machine in the middle of the picture. 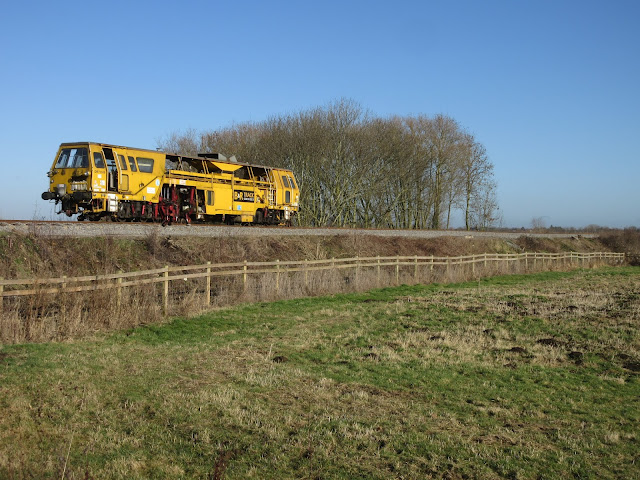 After a few minutes the tamper clears the bridge and slowly continues on the long curve towards Peasebrook Farm.

The next stage of this job is to sweep the ballast off, using the newly repaired ballast regulator. Once the tops of the sleepers are clean, we can lift up the rail and stress / weld it, before dropping it down again and fastening down for good.