The ballast regulator has arrived

It was delivered yesterday, and is now waiting arrival of the replacement spines so that these can be fitted to the brushes. 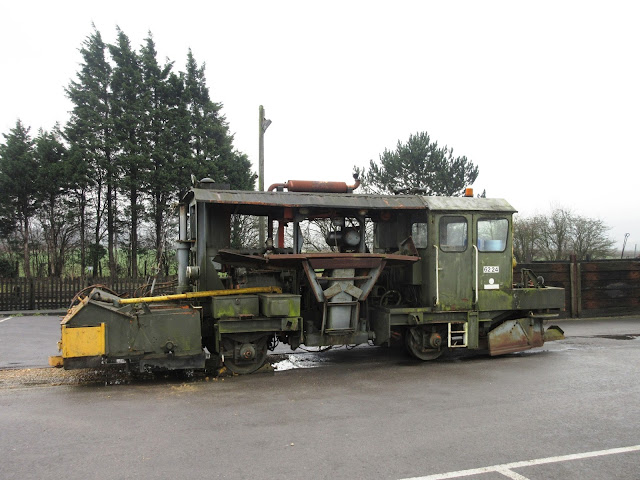 The unit is a Matisa R7 Ballast Regulator, numbered 6224 and owned by B&R Track Services. It was probably built in the early 1970s.
It has ploughs at the front and sides (for the shoulders, retracted), and a box containing brushes at the rear. 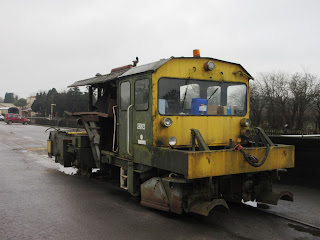 The Matisa R7 was a development of the pioneering R6 model and was launched in 1966. It was built for several years until the design was reviewed again in 1980, when a hopper was added, giving the third generation R780 model the ability to pick up ballast and carry it around. 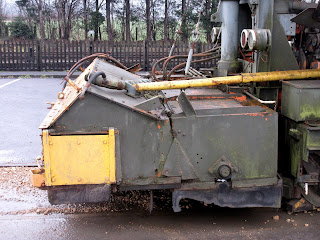 This is the box at the rear which contains the brushes. There is a central drum on which rubber spines are fixed, which, when rotated, fling the excess ballast backwards on to a small conveyor belt, which can spit it out to the left or right through the yellow door in the picture. It's the rubber spines which are life expired, and which we will replace in the next few days as soon as the spares are delivered. 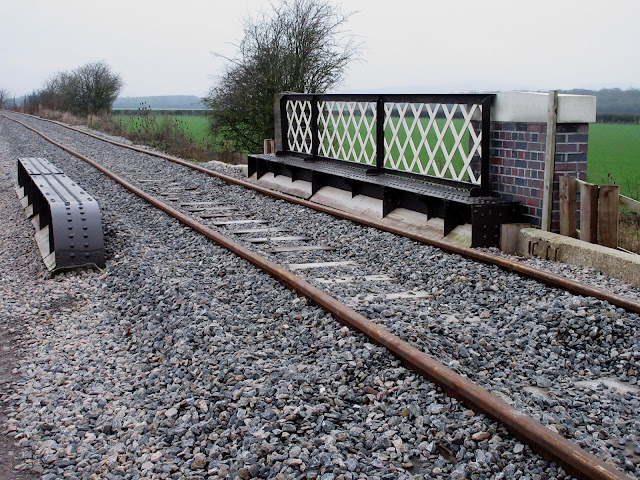 At Little Buckland, you can see how excess ballast (in this area) covers the bottom flange of the rails, so that you cannot lift them for stressing. The tamper still has to cover this stretch of track, which will lift it further clear of the rails, but the tops of the sleepers must be clean for the stressing excercise.

The refurbished gearbox has now also been received, and is about to be refitted to the B&R tamper, so that we will be ready soon to return to the extension track. 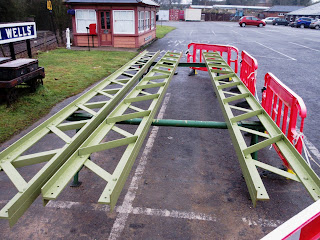 At Toddington, 3 intermediate purlins for the Broadway canopy have been rivetted and now given a first protective coat of paint.