Back from hols, and it was straight back to - shovelling ballast. How 'sad' that your blogger has a tennis elbow (a condition that lasts for several months it seems) but there was also a lot of hand cleaning of the chairs available, so it was a case of 'get down on your knees mate'.

Hunt the mess coach found it at Toddington still. Once refreshed with tea and copious quantities of biscuits we decided to divide into two teams. One at Winchcombe with the Telehandler sorting sleepers (about 100 were put aside for sale as 'garden quality') and the second at Broadway, perfecting the ballast between the platforms there. 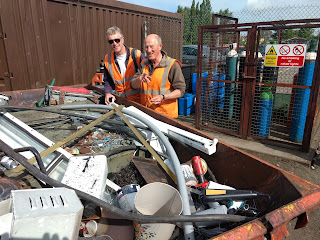 Passing the scrap metal skip at Toddington, we couldn't resist a look inside to see what we could scavenge.

These two look a bit guilty as a result.

Front right are two hairdryers and a set of curling tongs. Is that really scrap metal?


The cameraman followed the gang to Broadway for a bit of merry ballast moving. The Landie brought the tools up, with a grinning John R at the wheel.

Here is a plea. John R and a small team organised and ran the Wartime in the Cotswolds event. This is turning into one of the biggest, if not the biggest event for the railway of the year, and it is very successful in terms of cash. It produces a lot of income for the railway, just when we need it. As the event grows bigger, John and his team desperately need help to spread the load. They can't cope on their own. Just a few assistants would do it, you don't need to organise it, just give them some support. Would you think about that for next year? 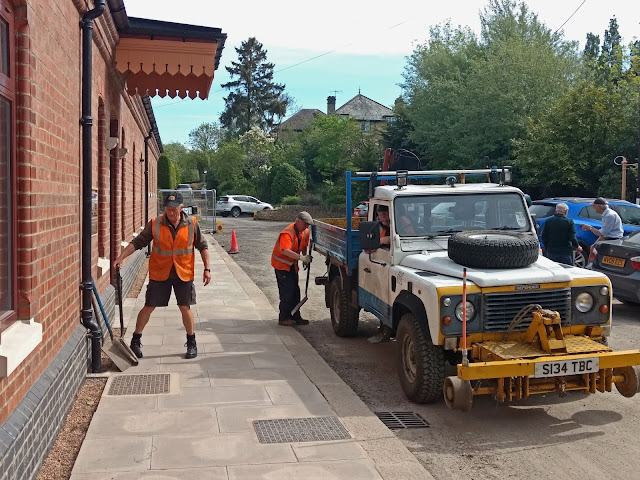 John grins at us from the Landie - thoughts of an awful joke not far from his mind - as Rick and Clive off load some shovels for the ballast gang at Broadway. 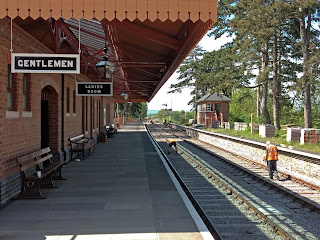 Actually we had a lovely time at Broadway doing this. It is strangely rewarding, and Broadway can be such a peaceful rural country station in between trains. 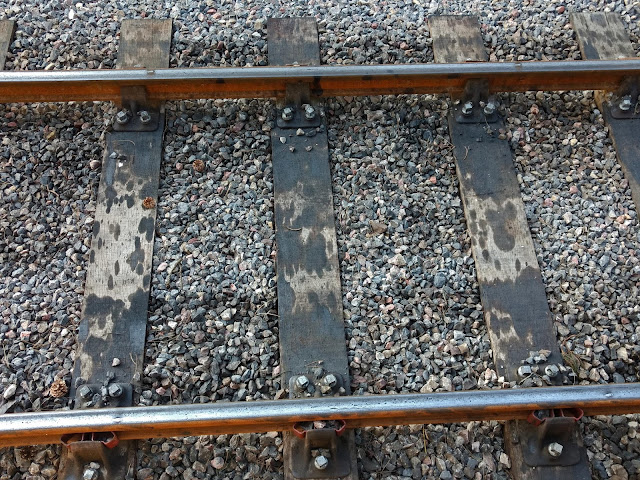 We were intrigued by these 4 marks on the rails (actually 6). What would have made them? They seemed to be discolourations, rather than wear marks. Any ideas? 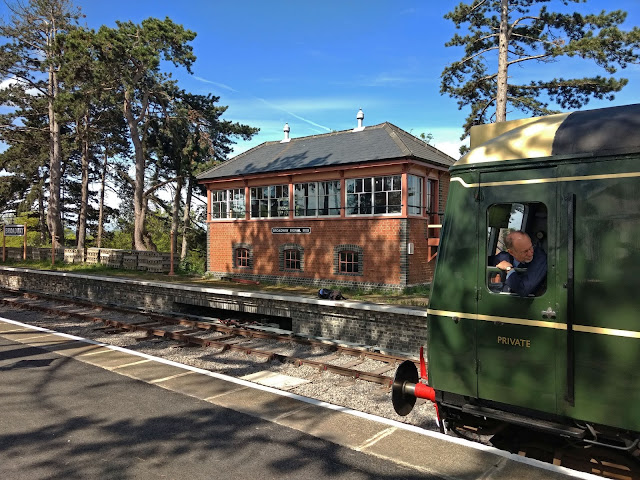 Today's timetable said one engine in steam (P&O) and one DMU running the services. The DMU was great, as it didn't need to run round, so we could continue working on the P2 road. Across the tracks the rodding run emanating from the signal box gets longer and longer. There's a long way still to go yet, those points north and south are very far appart.

Musing about the DMU, and feeling a bit in need of caffeine, we suddenly realised that a source of caffeine had just turned up! Heyyyyyyy ! 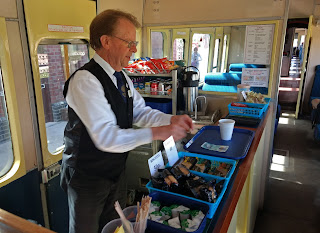 After a hasty glance at the watch there was just about enough time to hop aboard and acquire a cup of the precious brew, and off again.
Andy S from the gang did even better, he scored a bacon roll from the buffet car in the 8 car set. Now why didn't we think of that? 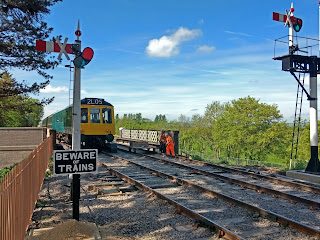 Soon after the DMU left for CRC again, passing the heavy duty shovelling gang on the bridge. There's too much ballast here, and too little further up north. 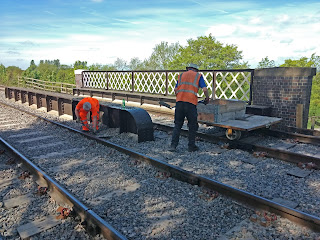 After the passage of the DMU, Andy and Paul, wearing a deeply orange outfit that actually hurt the eyes, sprang back into action.
They filled this trolley load and wheeled it up north. 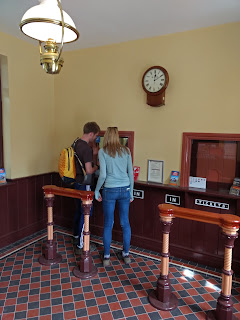 Meanwhile customers continued to trickle in to the booking office, although at the moment most people are buying their tickets at one of the other stations, as there is no car parking at Broadway until later this year.

- A group of 6 Dutch walkers got on to go to Winchcombe. They were using us as part of their walk (part Cotswolds Way, part Heart of England Way they said) and wanted to get back to where they set off. They were not particulalry interested in the train, just wanted some transport.

- Two people arrived from Cardiff. They did the whole journey by public transport, getting a bus from Lansdowne to CRC.

Several enquired about the walk into Broadway village, and a number waited for the taxi to arrive. 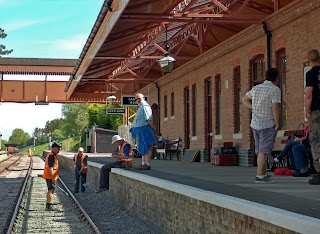 Between trains it was quiet. But it would be nice to have somewhere to sit and enjoy a tea and a bun. 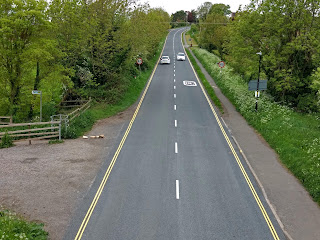 During the day, a road marking lorry was about, and this is what it left behind. Double yellow stripes now on the road out to Pennylands Bank. As we left, it had not yet done the Broadway village side (which was single yellow, before the road was resurfaced).

And now a heritage request. We need one (better still, two) of these: 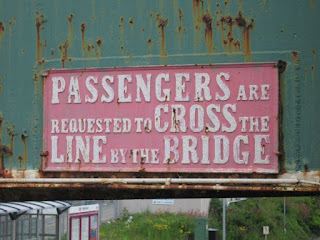 It's a cast iron notice, 3'7'' long. Note that passengers are 'requested', a later model tells people that they 'must', but we would be very keen to have the earlier one, appropriate for our 1904 period.

We do in fact have two replica examples of this notice, but they are much bigger - 5ft across. We need to downsize a bit, so is there anyone that could let us have one, or sell us one, or point to where there are any of the 3'7'' size? Broadway had two of these notices, tucked in at the bottom of the footbridge steps.