A quick visit to Broadway to set up the booking hall clock with its pendulum, and a chat with people to see how things were going.

The station was busy, even platform tickets were being sold, perhaps as souvenirs? It's too early to say how the Easter weekend went, as tickets sales come from different stations and online, but the platforms were looking good. 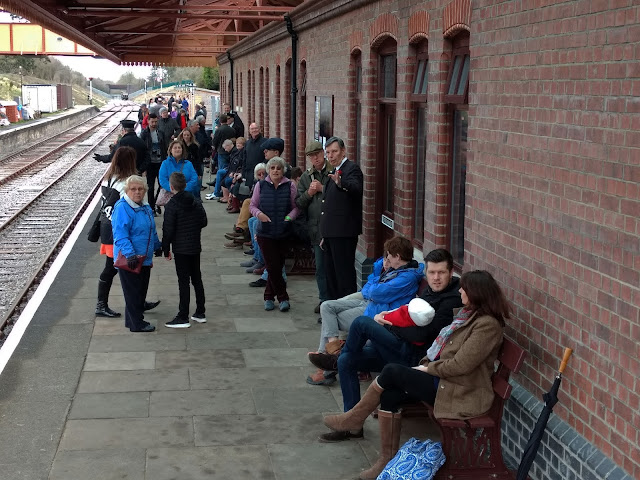 All 4 benches were much in demand, with one seating 6! A fair number of people were carrying take away coffees, and one group was consuming a take away meal on the platform, a sign that the cafe will do good business. A couple from further up Station Road wanted to know when it was going to open, and no, they weren't travelling, they just lived there and wanted to drop in. 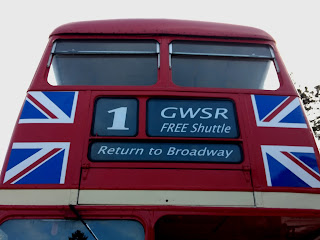 Outside Graham ran his Routemaster double decker from the station to the football ground car park, and into the village centre. 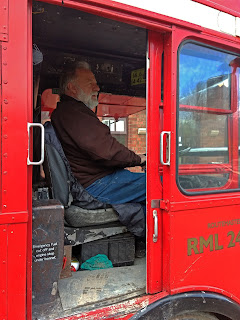 Graham's free shuttle double decker is just performing over the 4 Easter days, after which there will be a smaller capacity single decker with a modest fare.

But did people actually go into Broadway, that was the interesting question. The answer was yes! That's a relief.

Graham reports 120 miles run, and 1000 people transported up and down to the village and back. Once he even took a group to Toddington, as they had missed their train. How's that for service? 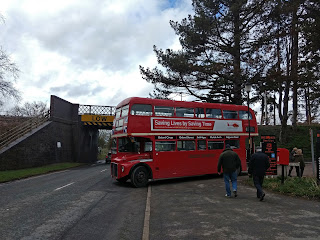 We learned that the Routemaster has a capacity of 77, and on one occasion it was full and had to turn people away. He usually drops people off in front of the station and then does the 3 point turn, as the temporary road surface is not well settled yet, and a full load of passengers weighs an extra 6 tons. 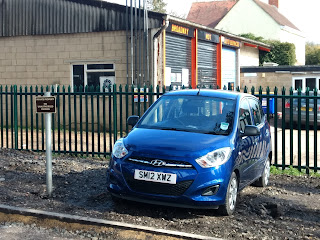 No parking signs have been put up along the station approach to leave the bus a clear run, especially with traffic potentially going the other way too. 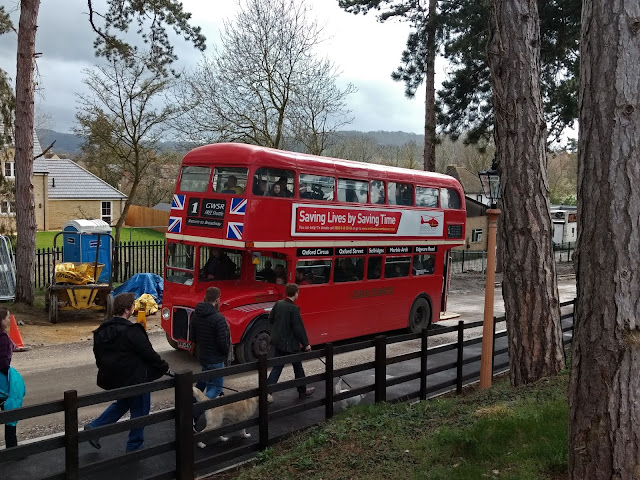 Here he comes with another, almost full load. You can see faces at every window.

Cars were once again parked along the Evesham road right up to the top of the rise towards Pennylands bank, but how this will pan out during normal running days, and when the shuttle bus charges a fare, remains to be discovered. We are learning fast here.

Broadway gang members were on hand to fit armbands and manage the flows. Station staff were settling into their new roles, and getting used to the same two questions being asked all the time - when are we going to Honeybourne, and is there a cafe? The reply is the same - when we have the money. First we need to replenish our cash reserves again. 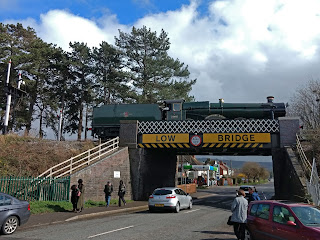 During the afternoon the clouds briefly cleared to reveal a warming blue sky, just as Foremarke Hall rumbled over the road bridge. 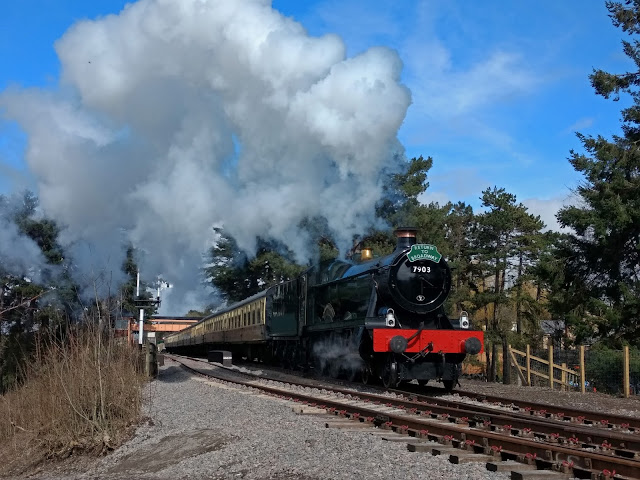 Moments later Foremarke Hall set off with its long 8 coach train. When the train pulls into the station, it seems to take forever until enough coaches have trundled by for the locomotive to stop at the far end of the platform. It feels like a big, mainline station. 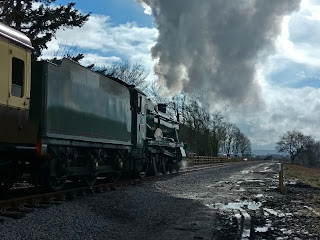 The passing shot shows the train accelerating past the site of the goods shed. 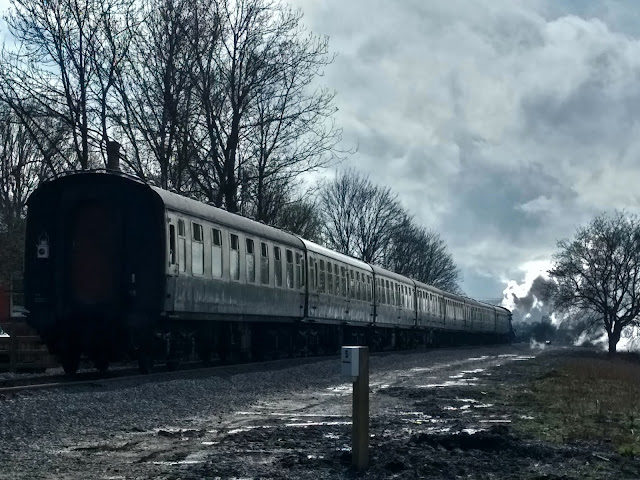 And there it goes, heading south. You could hear it for at least a mile, with a distant whistle for the foot crossings at Buckland. In the foreground you can see one of the GWR style quarter mile posts recently planted along the extension. That's 5 miles from here to Honeybourne, where the counting starts. 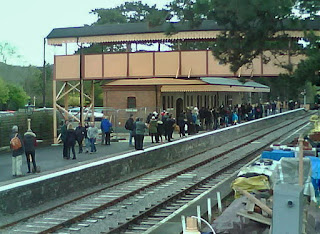 Finally, a screen grab taken yesterday at 15.06, when the weather was a bit more clement. You can just make out the loco with the next train coming in. Just look at all those passengers!