Well, we are having one, we hope you have one too.

Today saw the gang celebrate the year's work with a Christmas dinner at a secret location that those who helped to build Hayles Abbey Halt rather grew to like: Hayles Fruit Farm. See, they even spell Hayles the same way as the GWR did. We like it there. 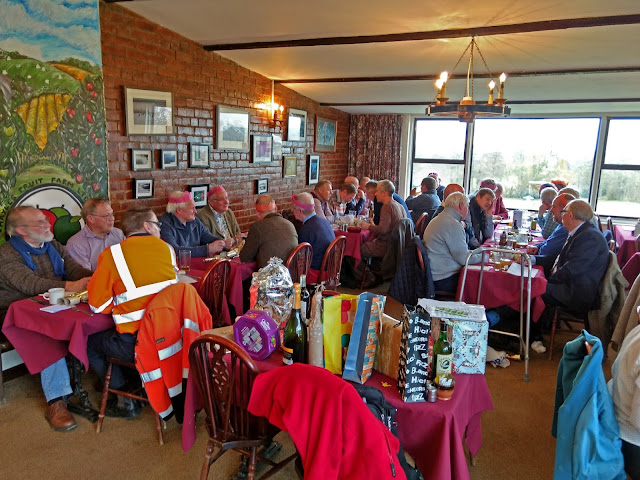 The merry gang can be seen here eagerly awaiting the first course. In the foreground is a raffle we held, with the proceeds going to the Sally Army. The zimmer frame visible is no pointer to our average age (although....) nor to an industrial accident, but an accident in a far more dangerous place - the home ! Poor old John had an awkward stumble on the bottom three steps of the stairs, and badly broke his ankle. Sadly it in no way hindered the stream of appalling jokes. (long may they continue, really) 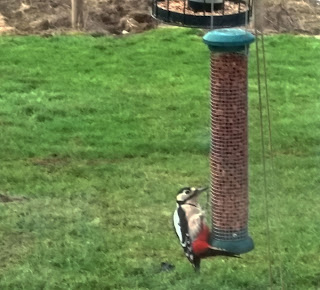 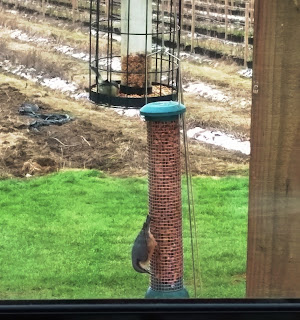 An interesting thing about the fruit farm tea room is the lovely view over the valley in which the ruins of the former abbey lie (those abbots knew where to build OK) and right in front is the bird table, with two unusual visitors today - a nuthatch, and a great spotted woodpecker. Their arrival was most distracting when speaking to your table neighbour. 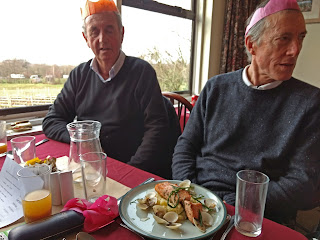 During the excellent meal - here is a grilled salmon steak on top of buttered mashed potato, garnished with vongole, accompanied by jugs of Hayles pear juice - we were entertained by Robert with a quiz. He puts one together each year, not only to test our knowledge of railways, but also to remind us of some of the hilarious moments we had over the last 12 months.

Sample questions that were put to us by him:
- What is Britain's highest railway station?

- What underground station is the next one north from Euston?

- Which feeble excuse was used by one volunteer not to turn up one day? Was it:
a. I had to wash my hair
b. I had to take the wife shopping, or
c. I wanted to watch the budget speech.

The answer was C ! Would you believe it. We will try very hard next year to make our days more interesting than 'c'.


Bob entertained us with a rousing 'Pack up your troubles in the old kit bag' (What troubles? We are zooming ahead!) and some Christmas carols. The singalong 'Away in a manger' was however completely torpedoed by the arrival of the cheesecake, and the choir of 27 fell silent, except for a general munching in the room. Pearls before swine... 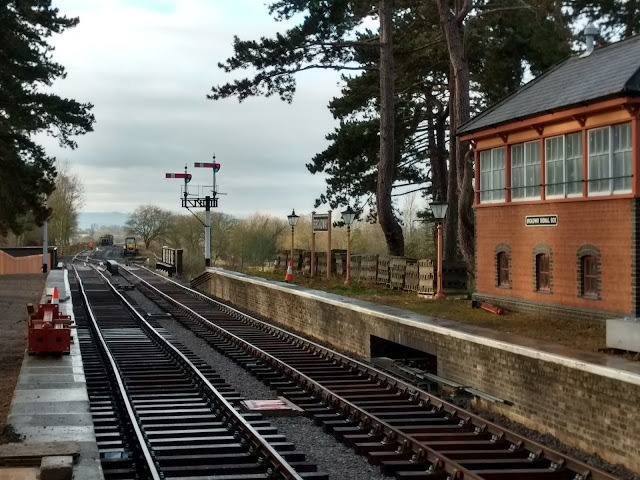 Before we go, here's a track update from Broadway, fresh off the new camera. It's a picture taken only this morning. If you half close your eyes the track is in, isn't it? Just a few more yards to go, and quite a bit of clipping and fettling. We will continue with this on Saturday.
Is that a ballast train there in the background? Hmmmmm.....
Posted by Jo at 17:59