On Monday a small group of volunteers managed to load the Warflats again at Gotherington. Stevie's JCB wasn't available yet, so the Telehandler was used. The reach is slightly less than the JCB for the topmost row, but hey, we have another two wagon loads of sleepers! 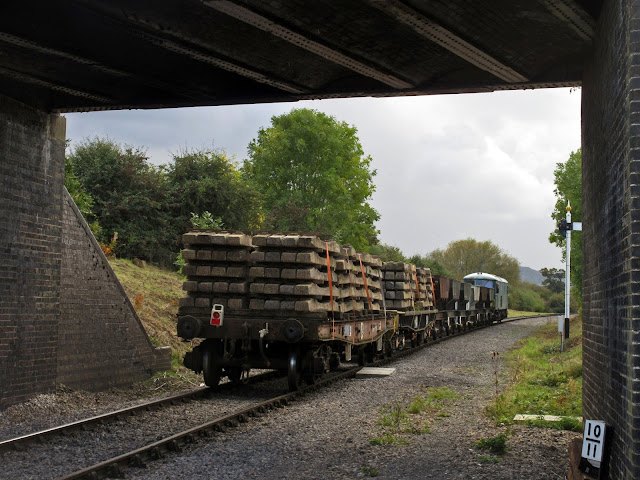 Mid afternoon on Monday Neil trundled the loaded wagons back past Hayles, ahead of the 6 empty Dogfish. He then stopped off at Toddington to pick up the two loaded rail wagons with the latest delivery. 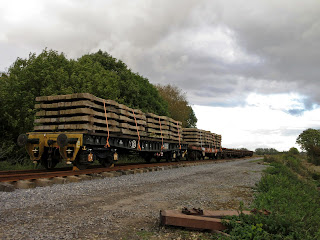 All 4 supply wagons were then pushed up the extension, and at the end of the afternoon on Monday they were parked up just beyond Little Buckland bridge. This spot is about as far as the welders have got; it is also conveniently wide for easier unloading of the sleeper wagons with the Telehandler. 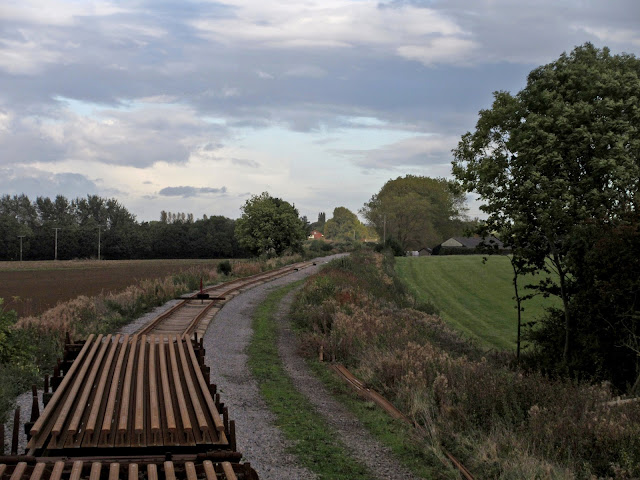 Here is the job ahead - lay these rails through the Glos / Worcs border by the bushy tree on the left, and up to Peasebrook Farm bridge, about 500 yds away from the current railhead. The farm has the white gable end visible on the right.
We have enough new rail for the job, but will need another wagon load of sleepers to get us to the current end of the ballast. More ballast is also on the way, to finish off the former Laverton headshunt, before we can head north with the drops.
Don't forget all the rail has to be lifted still, put on rollers, stretched and firmly clipped down again.