A quick visit today to see the state of play. The Saturday PWay gang have taken out all the remaining rail now, so that nothing more needs to be taken out to be replaced. 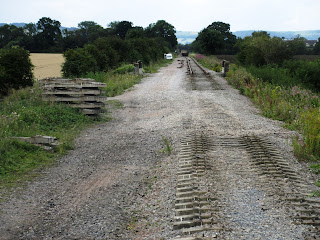 The two and a half remaining lengths over the bridge are out, as is the northern Laverton loop turnout. A bare bed remains; this needs to be filled with concrete sleepers and new rail. 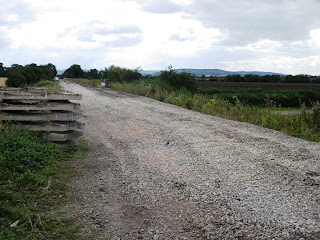 The turnout is quite large, and its removal left this not inconsiderable gap.

The pile of sleepers was positioned there earlier, with precisely the purpose of filling this gap. Part of the first shipment of rails in September will go in here. 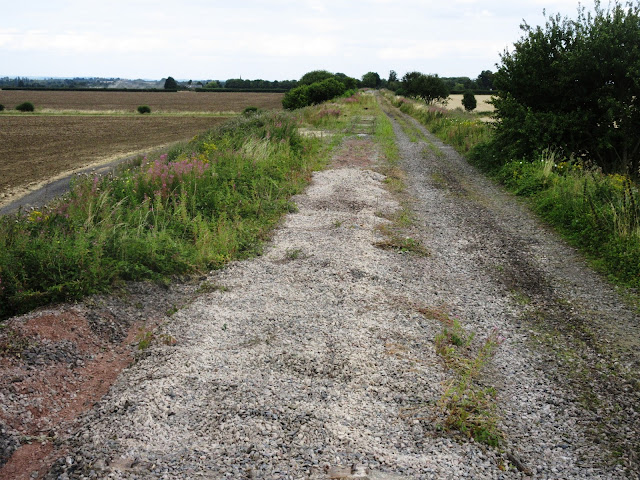 Looking north, you can see that the fresh ballast soon peters out, after which the temporary head shunt was laid on the bare trackbed. A first load of sleepers has already been removed from here and stacked nearby.

The length that needs relaying extends approximately to the bushes on the left. All the available second hand rail from Laverton has now been removed, with the final lengths taken up to Broadway by the contractor today.

Another day of sleeper removal is due to take place here, and then the process of rebuilding the headshunt can start. It will be done in three chunks, in order to avoid double handling of the sleepers - they will go out of the second third, straight back into the first, prepared beforehand, and so on. The area of the former northern turnout will also be graded to the correct height to accept the plain track sleepers.