A brief update to report that a further supply of concrete sleepers has been sorted out at Gotherington, and piled up ready for loading on to the bogie flats that were parked at Laverton.

Today the class 73 took the two bogie flats down to Gotherington, where a small PWay team loaded them up on to the wagons.

In the afternoon, the class 73 then took them up to Little Buckland. 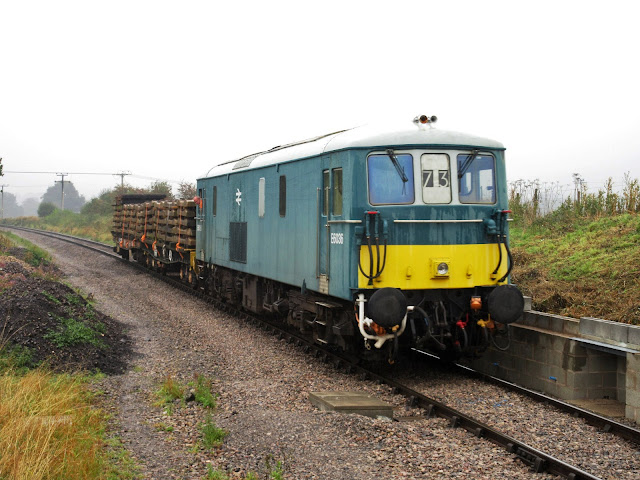 Here is a picture of the short train passing by Hayles Abbey halt, under construction. 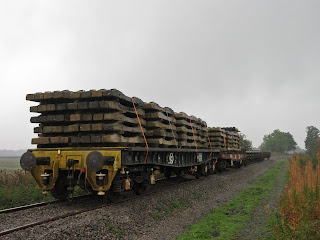 The rake of 320 concrete sleepers was taken to Toddington, where the two bogie flats with 56 new rails were attached. This supply train for the extension was then shunted out to just short of Little Buckland. 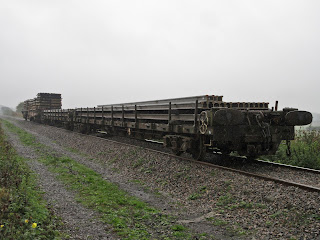 This gloomy picture in the mist - it has been drizzling all day long - shows the supply train parked near the foot crossing just short of Little Buckland.

The 320 concrete sleepers will give you 12 panels, whereas there are enough rails for 28. A start has been made at Gotherington to provide a second train load of 320 sleepers in support.

We are ready for the great leap forward !